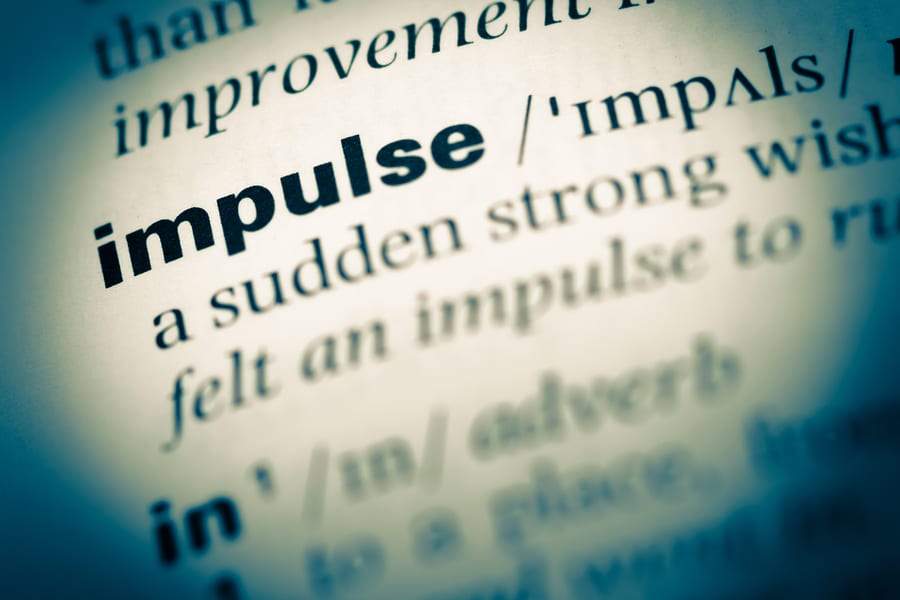 An important characteristic that can help determine a person’s personality and relationship to addictive tendencies has to do with their own impulse control. People naturally have impulses to engage in certain behavior, and they either manage those impulses responsibly or struggle with their sense of control. Someone with an addiction or a certain type of personality disorder may exhibit problems with impulse management.

The part of the brain that is responsible for curbing impulses is the dorsolateral prefrontal cortex and it works to handle planning, making choices and suppressing urges. It coordinates with another part of the brain called the right orbitofrontal cortex which is involved in regulating emotions. Whenever you come across a potential reward, these parts of your brain help determine whether it will be better to take the reward or put it off for a bigger payoff later.

People need to have the ability to suppress certain urges for the sake of their health, finances or simply maintaining responsible behavior. Someone with poor impulse control is more inclined to have rapid, unplanned reactions and less concern for the consequences of their actions. Not surprisingly, an inability to manage impulses can lead to all kinds of negative effects.

People with problems of impulse management can develop addictions to substances like drugs or alcohol or have behavioral problems such as gambling and sex addiction. They can also have problems with weight gain in ways that negative affect their health such as developing type 2 diabetes. Those with poor impulse control can also have anger problems and struggle with keeping jobs and relationships.

There is more to impulse control than just a person being reckless or too self-absorbed to care about consequences. Often there are genetic reasons that a person may have issues with impulse management. A 2008 study suggested that genetic factors influenced the size of the right orbitofrontal cortex which is responsible for suppressing urges and preventing people from acting impulsively.

Teenagers with less volume in this area of their brain tend to be more susceptible to alcohol abuse. People with impulse control problems may also have a type of personality disorder associated with impulse issues. There are even a set of impulse control disorders that are related to compulsive behaviors such as kleptomania, pyromania and a number of others.

It is believed that environmental factors can also play a role in a person’s issues with impulse control. Psychologists theorize that children who grow up in families where parents or other family members are violent, abusive or have explosive behaviors may be more at risk for impulse control problems. Children may unconsciously participate in behaviors that provide them with a sense of escape.

How to Manage Impulse Control

Even though there can be certain genetic, mental health and environmental factors that contribute to impulse control problems it is still possible to take steps to manage compulsive behavior. It can be helpful to start by getting treatment or therapy if you have a serious addiction or mental health problem that is interfering with your personal life. Treatment can help repair some of the damage that may have occurred as a result of your impulse problems such as health issues related to addiction or trouble with relationships.

While attending treatment or therapy, you can start to manage your impulse control by finding ways to substitute unhealthy behaviors with healthier ones. You can start to slowly develop healthier habits this way because you will be using your impulses in a more positive way. Substituting bad habits with better ones is one way to start exploring other things that make you happy that have less negative consequences.

Cognitive behavior therapy is very useful in helping to control compulsive behaviors because it gives people the opportunity to learn to have better coping mechanisms to deal with their impulses. People that had environmental factors that caused them to engage in impulsive behaviors to escape can learn different strategies to help them deal with painful feelings. They can use their new coping strategies anytime they feel the urge to engage in their impulse problem.

Tools like mindfulness can be a great way for people to learn how to manage their impulses. Mindful awareness is a strategy that helps people be more in touch with what they feel in their body so that they get less carried aways by thoughts, cravings and urges. They will learn to recognize those feelings, be aware of them and let them pass instead of following each impulse immediately.

Compulsive behaviors can wreak havoc on people’s lives and destroy their health, finances and relationships. If you struggle at all with impulse issues that are causing problems in your life such as a type of addiction or behavioral disorder then contact a treatment center as soon as possible.