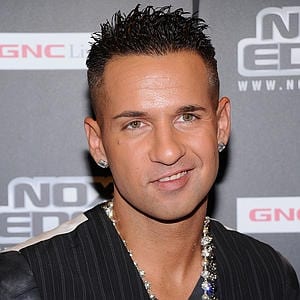 Mike “The Situation” Sorrentino has been very open about a number of things in his life since allowing film crews to document virtually every detail of his life on the runaway hit reality show “Jersey Shore.” Recently, however, the reality star has been even more forthcoming than usual as he’s divulged details of his struggle with drugs and how he came to be addicted to prescription painkillers.

A Dance Injury Takes Things From Bad to Worse

The Situation appeared on the show “Dancing With the Stars” in 2010, where he was a popular competitor until being eliminated in the show’s fourth week. The competition reality show pairs up celebrities with dancers and leads them through a highly rigorous training and rehearsal process, which culminates in the celebrities performing professional level choreography alongside their partners. Many competitors have spoken to the degree of difficult physical activity involved in the show.

During his time on “Dancing With the Stars,” The Situation injured his lower back and neck while in the process of picking up choreography. He was prescribed opiates as pain relievers and quickly became highly addicted to them.

As is the case with many people who are addicted to prescription drugs, Sorrentino was in denial about the fact that he had a problem with opiates because the fact that his doctor prescribed them to him gave him the incorrect impression that the drugs could not be bad for them or that he could not be doing anything unhealthy. Because he was convinced that he did not have a problem, Sorrentino kept the details of his dependency hidden for quite some time before seeking help.

The star finally admitted to himself and his family that he had a problem when he was in Australia for an appearance last year. He did not have any painkillers on him, and had at that time been taking the drugs on a daily basis. Without the opiates that he was so heavily dependant on, Sorrentino was literally unable to get out of bed and dressed for appearance. Experiencing this level of dependency made him realize that he did in fact have a very serious problem, and immediately flew to Utah to check himself in to an inpatient rehab program.

Hoping to Inspire Other Addicts to Seek Help

The Situation left inpatient rehab in spring of 2012 and has not used prescription painkillers since. He feels that he finally has his life back and can now truly devote himself to the television and live appearances that he feels very fortunate to be asked to to. By speaking openly about his struggle with addiction, the reality star hopes that he may be able to help other addicts realize they have a problem and seek help.

Prescription drug addiction, which is very dangerous and quickly becoming one of the most prominent and fast growing substance abuse problems in the country, may be occurring at an ever increasing rate because while most drugs sold on the black market require at least an initial decision to use recreationally, prescription drugs are prescribed by a doctor for legitimate medical use.

Often a person becomes addicted to the drugs without even noticing, or notices long after they have already become chemically dependant. Any time a drug is taken past the time or amount recommended by a doctor, or when it is taken for reasons other than treatment for which they have been prescribed, a person is exhibiting signs of drug abuse. If you or someone you know is abusing prescription drugs, or you believe that you may be developing a dependency, you should seek help right away.