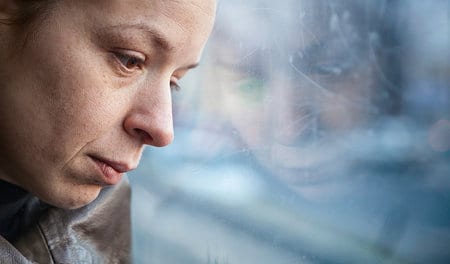 There’s no doubt that dangerous prescription drugs use is a much bigger problem than heroin use, but many heroin users say they began to abuse prescription drugs before anything else. The rate of overdoses has continued to rise. Since 2006, there has been a 20% increase in deaths related to overdoses of painkillers. The media continues to focus on the problem as well, with the overdose deaths of well known actors like Philip Seymour Hoffman and Cory Monteith reminding fans that the dangers of abusing prescription drugs are very real.

In relation to heroin, prescription drug use is far more widespread and responsible for more deaths. In 2010 there were about 16,000 deaths caused by prescription drugs and only 3,000 deaths associated with heroin use. Heroin is dangerous in all forms but can be particularly potent when cut with other drugs. A painkiller called fentanyl is often mixed with heroin to create a stronger high.

There are many heroin users today who say they got their start by abusing prescription drugs. The progression makes sense because many prescription painkillers are opioids that have a similar effect that heroin does. Both the brain and body respond to painkillers as they do to heroin and it’s very easy for a physical addiction to develop. Overdose symptoms with both types of drugs are similar as well. An overdose victim can fall into a coma, have reduced heartbeat and slowed breathing, and eventually succumb to death.

Even though dangerous prescription drug abusers far outnumber heroin users, the rate of heroin abuse has risen in the last decade or so, especially among young adults. In 2002 about 122,000 young adults used heroin, and in 2012 that number had risen to 272,000. Heroin is actually cheaper to buy in most parts of the U.S. than prescription drugs and the number of young people abusing the drug continues to rise. These numbers are what have government health officials concerned. They are now pressuring state authorities to make sure all paramedics and police are equipped with a drug called naloxone. The drug can help reverse coma, slowed breathing, and other effects of an opioid overdose.

Officials are hoping more widespread availability of naloxone will cut down the number of heroin overdose deaths and along with Good Samaritan laws that protect the identities of people who call 911, encourage more people to reach out for help when an overdose begins to occur. Because it’s police, not paramedics, who are usually the first to arrive at the scene of an overdose, government health officials are especially encouraging law enforcement agencies to equip and train their officers with naloxone.
Health officials are also calling for an increase in the availability of substance abuse treatment across the country for both prescription drugs and heroin. One big step toward making this kind of treatment more widely available is the Affordable Care Act, which requires insurance companies to cover substance abuse treatment.