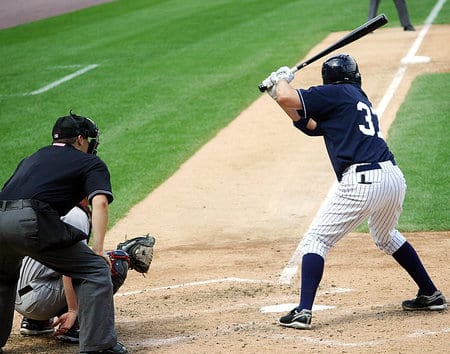 MLB players have been hitting home runs out of the park at rates that have never been seen before in history. Although much of this increase is due to changes in hitting philosophy, there are questions and doubts issues of performance enhancement that continue to haunt the world of baseball long after the end of the Steroid Era. Unfortunately the use of performance enhancing drugs still continues because the players association and owners allow players the chance to use them temporarily before eventually throwing them out. The two sides are not yet serious enough about ridding the sport of steroid use and even negotiated an agreement that did not change penalties for the use of these drugs.

Players are starting to feel that performance enhancing drugs have come back to large scale use again in recent years. Because the penalties for using these types of drugs are not harsh enough, many players feel that they steroid use may be worth the risk in order to perform better in the game. Those concerned about drug use believe that if the penalty for using steroids resulted in a harsher sentence such as a lifetime ban, it would discourage players from taking the risk and keep them clean. Last year the MLB ran 8,281 drug tests on major players and found that thirteen tested positive for performance enhancing drugs. The new California Baseball Academy or CBA is hoping to crack down on drug use and has called for an increase in tests this year which could potentially amount to around 12,000 tests.

Although those involved in the sport suspect an increase in drug use, the chief legal officer of the MLB claims that test results have not necessarily shown any more than usual. The MLB asserts that they are testing players more than ever before and there has not been an uptick in positive results even after widespread testing. However, most players believe that in spite of an increase in testing the penalties do not sufficiently deter people from experimenting with steroids.

Those who receive positive test results must enter the MLB’s Joint Drug Prevention and Treatment Program and failure to comply with the program the first time can lead to an 80 game suspension. The second positive test result will lead to an 160 game suspension. It is only after the third a player tests positive and does not comply with a treatment program that they will receive a lifetime ban. This year 34 minor and major league players have already violated the treatment program including players like Philadelphia pitcher Elniery Garcia and Pittsburg outfielder Starling Marte who tested positive for the use of Nandrolone, an injectable anabolic steroid.

The MLB insists that the use of performance enhancing drugs has not increased any time recently but a look at statistics shows that positive test results have certainly not declined much if at all. In fact, the numbers of minor and major league players who have violated the drug program over the years have not decreased at all in the past decade. The ones who tend to fail the drug tests are those using old steroids that have been around since the 60s. Out of the 28 drug violations since 2014 there were 12 different substances detected and the most popular were Stanazolol, Turinabol and Boldenone which is an old steroid that was more commonly given to horses. No players have tested positive for other drugs like amphetamines the past few years. Some players have been able to avoid testing positive through the use of newer “designer” drugs that fail to show up in results.

It is difficult to know the reasons why certain players begin using performance enhancing drugs since none of those who have tested positive have answered questions or spoken out about their drug use. Over the past couple seasons, 90 percent of the major players who failed their drug test were American born and either high school or college educated. In the minor leagues, 65 percent of those who tested positive were pitchers from the Dominican Republic which has struggled with high rates of steroid use among its players, although they have recently decreased.

Many players who turn up with positive results will emphatically deny any use of steroids to help their performance in spite of new testing technology that leaves little room for error or false positives. Even though the number of home runs has increased and the number of hits per game has declined, this may not necessarily be the result of steroid use but actually due to some updates on the philosophy of hitting. However, doubt still lingers around these better performances as long as PED use continues to be a problem in the major and minor leagues.