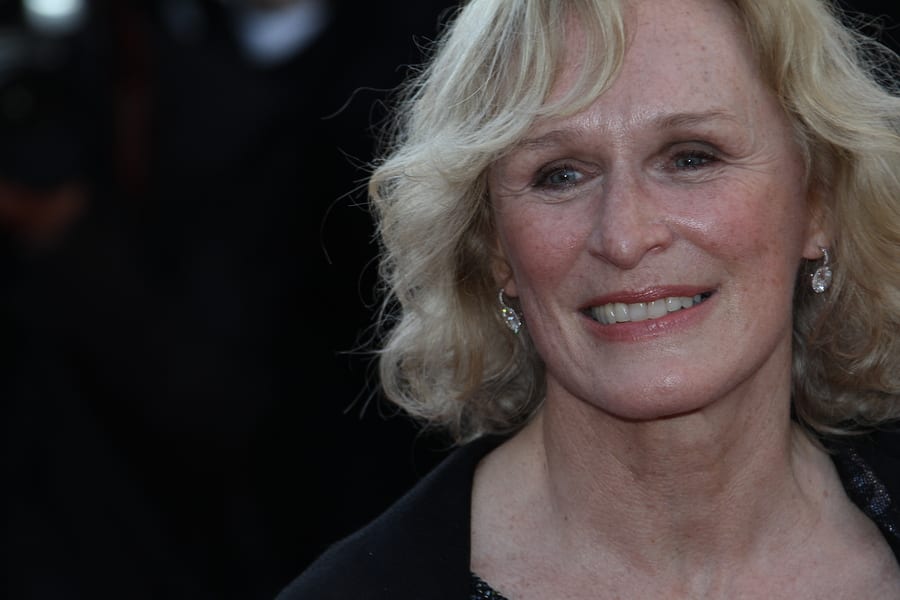 Glenn Close has been one of the most accomplished actresses in Hollywood over the course of a long career but more recently she has been focused on important causes, including fighting the stigma of mental illness. Although “Fatal Attraction” may be one of her best known films, actress Glenn Close has regrets about the portrayal of her character, a mentally disturbed woman who became a memorable movie villain. Close takes issue with the way Hollywood treats mental illness in films in general and hopes to change people’s minds about the way they view psychological issues.

When Close worked on “Fatal Attraction” in the 1980s she had not had any experience with mental illness. It was later on in her life that her sister was diagnosed with bipolar disorder and her nephew with schizoaffective disorder, a condition with symptoms of both schizophrenia and a mood disorder. Having her family members struggle with the effects of mental illness changed Close’s mind about a number of things including one of her most famous roles.

In “Fatal Attraction” Glenn Close’s character becomes obsessive about a married man eventually stalking him and targeting his family. In order to please audiences, the movie avoided a potential back story for the character where she was molested as a child which might have made more sympathetic with deeper dimensions. Instead, the film portrayed the character as a villainous psycho killer with little back story or psychological complexity.

Close says that it can be easy for Hollywood to portray someone with a mental illness as a villain instead of making them a protagonist, or a character that the audiences relates to. Her belief is that people should talk more empathetically about mental illness so that we can work to reduce the stigma.

Her Family’s Troubled Past

Glenn Close and her sister, Jessie led very different lives at one point, but her illness actually brought them together. When they were young Glenn was pursuing her acting career in New York and Jessie was on a path of self destruction in rural Montana. At the time of making “Fatal Attraction” Glenn had no idea of that her sister had a mental illness.

Her family did not understand that Jessie’s behavior was related to a mental illness because they grew up without psychiatrists. When Glenn was only seven, her parents joined a religious cult called the Moral Re-Armament or MRA and moved the family into a communal center. The cult had a devastating effect on Glenn and her sister who were forced to dress and act a certain way according to the religious rules of the group.

It was partially the controlling nature of the cult that motivated Glenn to break free and pursue an acting career. When she was 22 she left and started acting in a theatre program at the College of William and Mary. Unfortunately, her sister Jessie was still struggling developing symptoms of mania including hearing voices that she believed were demons.

Jessie’s symptoms went undiagnosed for decades and she suffered through issues with drugs, alcohol, and abusive relationships. She went through five marriages and her illness was so difficult that she became a negligent parent to her three children. At the age of 47 she decided that she wanted to end her own life but thinking of her children stopped her from going through with it.

Jessie approached her sister Glenn and told her that she couldn’t stop thinking about killing herself. Glenn helped her check into a hospital and she was finally diagnosed at age 51 with bipolar disorder. Jessie has been sober since then and the two sisters have worked together to improve her symptoms.

Going through these experiences motivated Glenn Close to become more involved in the mental illness community. She and her sister launched an awareness campaign and a non-profit organization called “Bring Change to Mind” with the mission of reducing the stigma surrounding mental illness. They work to encourage people with mental illnesses to talk about their issues and their lives more openly and help the public to become more sympathetic to their experiences.

Their goal with their awareness campaign is to get more people to seek treatment instead of avoiding help because they are afraid of what others will think. Getting people to face their fear and get the help they need can make a huge difference in the world of mental illness. The two sisters believe that mental health is an important issue that needs to be addressed in order to bring about positive change for people who are suffering.

If you or someone you know is struggling with symptoms of a mental illness you can encourage them to seek help from a professional at a local treatment center.