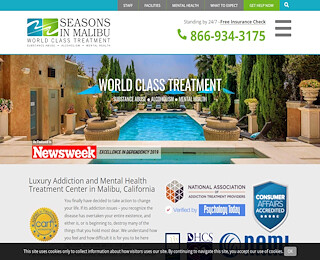 Your son’s drug rehab in Malibu will only be successful with your pre-rehab, in-rehab, and post-rehab support. Here are important tips on how to support your son to boost his recovery.

He may refuse to go for rehab

When your son refuses to check in any treatment center, it may be annoying and frustrating and you may become harsh and confrontational to him. That way, you are already putting the wrong foot forward. Most drug addiction patients initially balk at the idea of getting rehab for two major reasons.

It is either because they don’t believe they are already addicted or because they are afraid of possible stigmatization. So, instead of getting confrontational, you need to be patient and tolerant. You have to continuously persuade him. He will definitely come around sooner or later.

You also need to understand that only rehab participants that seek help willingly fully recover from addiction because they willingly participate in the programs. We will tell you that it is better for your son to refuse the idea than waste your time, efforts and money by sabotaging the rehab program.

We know it won’t be easy, but willingness to go for rehab plays a prominent role in the success of any rehab program. This is why we will never advise you to force a drug addiction patient into rehab.

When you begin to insult or confront him, you are already throwing the baby out with the bathwater. Instead, this is the period you should show him more love and understanding because he is no longer in full control of his thoughts and actions.

Sometimes drug addiction patients feel that they are being sent to a treatment center to be abandoned. This is why we advise that you should call and visit him regularly if it is not against the policy of the center so that he doesn’t feel abandoned.

One of the biggest challenges with rehab is the possibility of relapsing. So, you also have a duty in helping him fight against post-rehab relapse. A very good idea is to get him engaged as an idle mind is the devil’s workshop. You should decide on how to engage him before the end of his programs. You might also ensure he changes his friends if you think his addiction was caused by friends’ negative influence.

In conclusion, most of the patients that recovered fully from addiction are the ones who got adequate family support. So, we implore you not to leave the bulk of the job for the treatment provider. Play your role too.