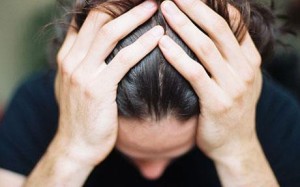 Facing an addiction head on is always difficult, but there are certain drugs that are harder to recover from. Heroin ranks high on the list of drugs that have disastrous effects on someone’s life. It’s a street drug that is commonly listed as the cause of overdose fatalities. Habitually popular, it has many street names that it’s known by:

An opioid, heroin commonly comes in white powder form, black tar form, or as a dark brown powder. Derived from the poppy plant, initially most heroin came from Afghanistan, but since 2007 heroin production in Mexico has skyrocketed. Heroin can be smoked, injected, or inhaled. It’s an extremely dangerous drug, and people continually take higher doses because they develop a tolerance.

While fatal overdoses on heroin are fairly common, heroin addicts who seek treatment are often turned away because their insurance companies won’t cover inpatient treatment. This is due to insurance companies not believing that heroin withdrawal is fatal like withdrawal from other types of drugs. So they refuse to cover inpatient rehab. If insurance doesn’t cover it, payment is often expected upfront, and it’s usually too expensive, costing thousands of dollars. And even for heroin addicts that do have insurance cover the costs, often they don’t receive the full thirty days of treatment.

Despite insurance companies refusing to cover heroin inpatient treatment, it’s generally acknowledged that a full-blown drug addict needs inpatient rehab for long-term success. While withdrawal from heroin may not be as life-threatening  as withdrawal from other narcotics, the side effects are severe. People suffer from a range of problems, from nausea to diarrhea to intense muscle and bone pain. As a result of dealing with the onset of chronic pain, people sometimes will just go back to using heroin to avoid the withdrawal symptoms. This is especially unfortunate, because if they were in a monitored situation, they could go through withdrawal under the supervision of a trained professional staff, who could help alleviate some of the symptoms.

More effective ways to help heroin addicts need to be established, because the health and social consequences are far reaching and dangerous. Full blown heroin addicts are more likely to be homeless, and even if they aren’t homeless, their lives are consumed in pursuit of the drug. Heroin creates a euphoric feeling in the user and over time the user will develop a strong physical dependence on the drug. They also are in danger of contracting HIV/AIDS or hepatitis through unregulated needle use. They can also develop liver or kidney disease through long-term use, particularly because people take increasingly larger amounts of drugs to achieve the same euphoric feelings that they are seeking. Singer Jim Morrison, and most recently Glee actor Cory Monteith died from using fatal amounts of heroin. Tragic supermodel Gia Carangi was a notorious heroin abuser, who eventually died from AIDs-related complications due to injecting heroin with needles. Drug addicts often take heroin in combination with other drugs, both illicit and prescribed, which can produce unpredictable and sometimes fatal results.

Few people can recover from hardcore heroin addiction without detox and professional treatment. There are treatments for heroin addiction, like methadone, which are aimed at blocking the effects of heroin. But, ultimately, to overcome addiction to heroin, the individual needs to find professional treatment. Even if treatment is not covered by insurance, there may be other ways of financing or receiving help for the addiction. It’s crucial that the heroin addict exhausts all possibilities, because recovery is truly a life or death matter.