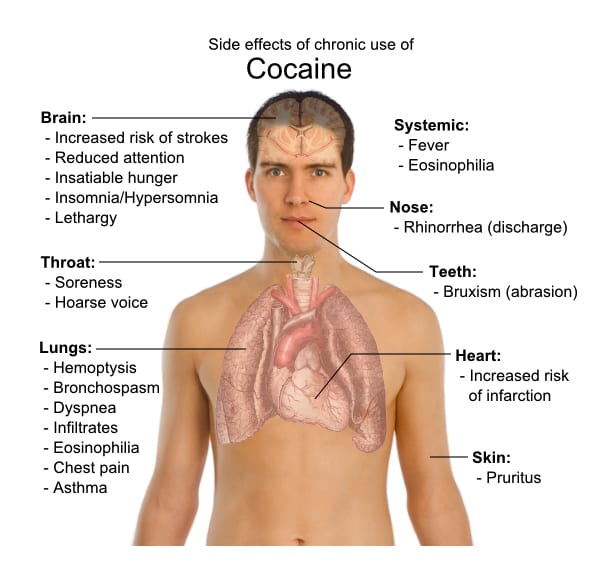 The neuroscience of drug addiction is esoteric and not greatly understood. Neuroscience explores the connection between behavioral disorders and the effects that drugs have on the brain. Drug addiction is the result of a chronic disorder that needs to be researched more from a neuroscience viewpoint. Television shows like “Intervention” often focus mostly on childhood trauma or personal tragedies that have triggered drug addiction. And while these factors probably play a significant role in the development of an addiction, there are also other factors to consider. A surprising discovery about cocaine addiction has been that a learning-related protein is strongly linked to cocaine usage.

The Allure of Cocaine

Cocaine is one of the most widely abused illegal drugs. It’s a crystal substance that is created from the leaves of the coca plant. Cocaine is extremely popular because of how stimulating it is on the nervous system. When someone uses cocaine he feels a sense of happiness and an increased sense of alertness.

The user feels increased confidence and reportedly cocaine even increases athletic performance. The effect of cocaine usually lasts from thirty minutes to an hour. The most common way cocaine is ingested is through inhalation. Cocaine addicts will sniff the cocaine through a rolled up piece of paper and will absorb the cocaine through the nasal passages.

Cocaine triggers the increase of two learning related proteins. Each of these proteins are associated with two different things, one with learning and the other with addiction. Unfortunately, each protein spurs the growth of the other one. This results in the feed-forward loop, which begins the process that is found in the brains of people who have addictions to cocaine.

Scientists have delved deeper into the effect the feed-forward loop has on behavior by experimenting with rats. They found that the higher the proteins were the more the rats acted like they were on cocaine. This directly showed how potent these proteins have on the reaction a person has to cocaine. The higher these proteins are the more likely a person will be prone to addiction to cocaine. The production of these proteins are also found to be increased in people who have long-term addictions to cocaine. But what scientists have also found is that if the feed-forward loop is disrupted then an addict has a better chance of overcoming his addiction to drugs.

More Research Needs to be Done

While these discoveries are exciting and fascinating, more research needs to be done to see what positive applications can be discovered. Additional tests and experiments can uncover how to treat people addicted to cocaine. Going beyond the more obvious psychological and emotional triggers of drug addiction can help severe cases of addiction. Analysis of the learning proteins in an addict’s head could lead to breakthrough treatments. This discovery seems to be the beginning of learning more about the esoteric connections between the brain and drug addiction.

The brain activity of the rats paralleled very closely the activity that happened within the human brain. Many scientists believe that this sort of molecular research will be the future of science and medicine. This could also bring much relief to people who have exhausted all other treatments. The people suffering from the most chronic cases of cocaine addiction can gain more specialized knowledge about their own neurology.