In Alcohol Addiction, Alcohol Rehab May 11th, 2017 No Comments 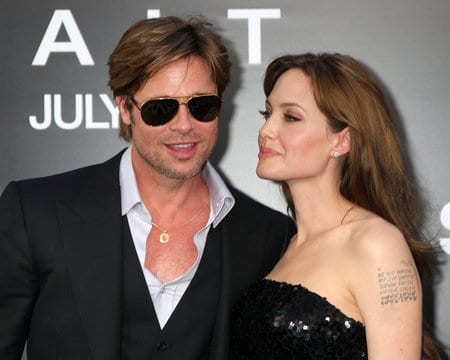 Hollywood star, Brad Pitt has recently opened up about his issues with drinking in his first interview since his split with Angelina Jolie. Pitt admitted that he was still grieving over the loss of his wife and partner whom he had been with for more than a decade and was married to for two years. He talked about his history with alcohol and drug abuse which he recently decided to quit following the divorce. Pitt has been sober for six months but his issues with alcohol and marijuana had been with him since college. He had quit most of his drug use when he started a family with Jolie, but his drinking remained a problem throughout their marriage. He admitted that he would drink quite a lot and that part of his issues with drug use and his relationships are due to an inability to express his emotions.

Brad Pitt was subject to an FBI investigation recently due to an incident of losing his temper with his 15 year old son Maddox. The actor was accused of getting into an altercation with his son while onboard a private plane and the FBI was looking into child abuse claims. Pitt was cleared of the allegations by the Los Angeles County Department of Children and Family Services and no charges were filed. However, shortly after the incident was resolved Jolie filed for divorce and the two become involved in a bitter custody dispute for their six children. He and Jolie have tried to resolve their issues and Pitt hopes that he will not end up feeling hatred for his ex. With his alcohol abuse behind him, the actor is feeling more optimistic about keeping his family together as much as possible following the divorce.

Because of his issues with drinking as well as struggles in his marriage, Pitt recently decided to start going to therapy which he says has helped him tremendously in the months following his divorce. He went through a few therapists before finding the right one and he now loves therapy as a way to help him talk about his emotions. Overall his split with Jolie has led him to make a lot of positive changes including quitting drinking, marijuana and even cigarettes which had all been regular habits for him. Pitt doesn’t plan to act much anymore and wants to focus all of his attention on his children who remain his main priority in spite of the troubles their family has been through.