Prescription Drug Abuse Is At An All Time High

Prescription Drug Abuse Is At An All Time High 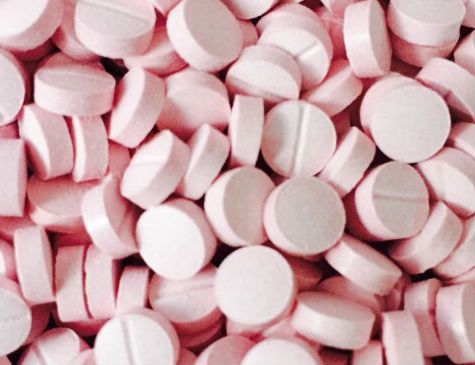 The use of prescription drugs is especially high among teens in the U.S. and the numbers continue to rise. Prescription Drug Abuse

Even though prescription drugs are legal and prescribed by doctors, they can be as deadly as heroin, cocaine, or any other illegal drug. Dangerous prescription drugs can have serious short-term and long term health effects, and can lead to addiction, overdose, and even death.

When someone is abusing prescription drugs, it involves all or one of the following things:

– The user does not have a prescription for the drug or drugs being taken.

– The user is taking the drugs in ways that they are not prescribed (taking larger quantities, more frequent doses, or using them with other drugs or alcohol).

– The user is taking the drugs for the “high” they create.

What are some of the most commonly abused dangerous prescription drugs?

Opioids, such as Oxycontin and Vicodin

Stimulants, such as Concerta and Adderall

There are also over the counter drugs that are commonly abused. These are usually cough suppressants containing dextromethorphan that are taken in large doses to achieve a high.

Every prescription medication has a long list of potential side effects that doctors take into consideration when prescribing them to patients. A patient’s weight, health, age, medical history and tolerance are factors in the decision.

When prescription drugs are abused, these factors along with the drugs side effects are changed drastically. The interactions and side effects that result can be unexpected and dangerous.

Why is teen prescription drug abuse becoming so common?

The are several reasons teenagers use prescription drugs recreationally. It can be to help with chronic pain, to keep focused and alert for schoolwork, to lose weight, maintain energy levels, or just to get high.

The reasons for abusing prescription drugs varies between boys and girls, with the majority of boys using the drugs for the high and most girls using them to have more energy or lose weight.

Most teens get prescription drugs from unknowing family members or from friends. Obtaining these drugs is usually fairly easy and supplies can be accessed over and over.

How do prescription drugs affect the body when abused?

There are both short term and long term effects that are associated with prescription drug abuse. These include:

Paranoia, raised body temperature, and an irregular heartbeat are common with large doses of stimulants.

Drowsiness, nausea, constipation, and slowed breathing can occur with heavy use of opioids.

Depressants can cause slurred speech, shallow breathing, fatigue, and even seizures. The withdrawal symptoms can be even more severe.

Over the counter cough suppressants cause harmful side effects as well, especially because they are used in large amounts. These side effects include impaired motor function, numbness, nausea, vomiting, and increased heart rate and blood pressure.