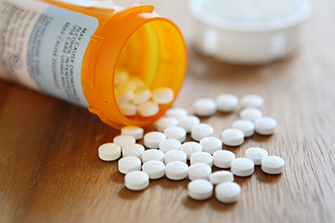 What Is Prescription Drug Abuse?

If you are taking dangerous prescription drugs, you might wonder at some point, “How do I know if I am addicted to my prescription meds?” Addiction can creep up at any time during the use of prescription medications, even under the supervision of your doctor. This makes it very important to know the signs and symptoms of prescription opioid abuse.

Signs and symptoms include:

Prescription drugs are a tool to help individuals suffering from certain conditions such as chronic pain, anxiety, or panic disorders. However, when they are misused, they can cause dangerous side effects. The effects of prescription drug abuse include:

Teenagers have lowered inhibitions naturally, which allows them to take riskier behaviors. This opens the door to drug use, particularly prescription drug abuse. According to the Substance Abuse and Mental Health Services Administration (SAMHSA), our brains continue to develop until we reach our early- to mid-twenties. During adolescence, the prefrontal cortex further develops to enable us to set priorities, formulate strategies, allocate attention, and control impulses. The outer mantle of the brain also experiences a burst of development, helping us to become more sophisticated at processing abstract information and understanding rules, laws, and codes of social conduct. Drug use impacts perception—a skill adolescent brains are actively trying to cultivate—and can fracture developing neural pathways.

About Seasons in Malibu

Prescription drug abuse is dangerous and can cause life-long consequences, including death. If you or a loved one is addicted to dangerous prescription drugs, even if you suffer from ongoing chronic pain, we can help you.

At Seasons In Malibu, we firmly understand your underlying issues and figure out what’s motivating you to use drugs. To accomplish that goal, we offer more individual therapy sessions in 30 days than any other drug rehabilitation or alcohol rehab center in the country. In addition, our counselors are invested in your well-being and are ready around the clock to guide you or a trusted friend or family member through the initial steps of overcoming drug or alcohol addiction.

With our superior team of clinicians, we can succinctly pinpoint those areas of focus that will give the client the most advanced opportunity for success. The medical, psychiatric, and psychotherapy staff members at Seasons In Malibu are among the best in their fields—many of whom have been called upon to provide their expert opinions and insights by the national media and academic publications.