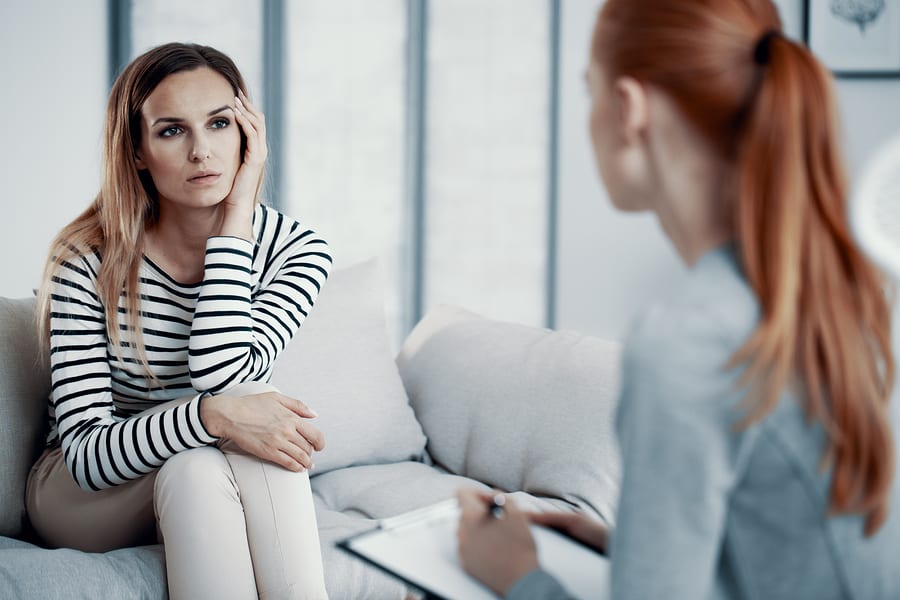 Bipolar disorder is a mood disorder characterized by episodes of mania and depression. Mania refers to extreme highs, during which sufferers feel euphoria, seem to have endless energy, struggle to sleep, act recklessly, and may even experience delusions and hallucinations. Episodes of depression, on the other hand, cause the sufferer to feel extreme lows, deep sadness and despair, suicidal thoughts, and an inability to experience pleasure.

However, despite bipolar having some very recognizable symptoms, some conditions are often misdiagnosed as bipolar disorder. This is because they cause similar symptoms to bipolar disorder. Misdiagnosis can be harmful, as individuals are prescribed inappropriate medication and treatment plans.

Why do some conditions get a bipolar misdiagnosis? Here are the reasons.

Depression is a major part of bipolar disorder. It is, after all, one of the poles for which the illness is named. However, someone diagnosed with major depressive disorder is not necessarily suffering from bipolar disorder.

The difficulty lies in the fact that long-term depression is often a sign of bipolar disorder. Even though the individual has not experienced a manic episode, that does not mean they won’t in the future. Practitioners are understandably reluctant to diagnose the problem as unipolar depression, as antidepressants can trigger hypomanic or manic episodes.

On the other hand, depressed individuals may exhibit signs of hypomania when on antidepressants for the first time, without actually being hypomanic, which can also lead to a bipolar misdiagnosis.

But a bipolar misdiagnosis can cause more harm than good. Certain bipolar medications work differently to antidepressants, and can have significant side effects. Practitioners should monitor patients with depression carefully, without jumping to conclusions.

Individuals with BPD experience significant mood swings. Unlike bipolar disorder, however, these mood swings are sudden and short-lived. An individual with bipolar disorder will experience extended episodes of depression or mania. With BPD, individuals can swing between moods multiple times a day. These moods are likely related to interpersonal and intrapersonal changes, rather than chemical states.

People with BPD and bipolar disorder are similarly at risk of self-harm, impulsive decisions, and suicide attempts. That, and the fact that BPD is much more difficult to treat, may incline practitioners towards over-diagnosing bipolar disorder. Unlike BPD, bipolar disorder can be treated with medication, and it is therefore a more tempting diagnosis.

Highs caused by substance use can resemble manic episodes. While in itself drug use will not lead to a bipolar disorder misdiagnosis, many people turn to substances when experiencing major depression. This can lead to addiction, and the highs of substance use, along with the extended depressive episodes, can lead practitioners to a bipolar misdiagnosis. Substance abuse can also cause other symptoms similar to bipolar disorder, such as trouble sleeping, restlessness, recklessness, and depression which follows certain highs.

Complicating things, bipolar disorder has a causal link with addiction. Bipolar disorder causes distressing symptoms which substance use can seem to assuage in the short term. People try treating their depression by getting high. Alternatively, they may try to treat their insomnia or restlessness with alcohol or “downer” substances.

There are many people suffering from the co-occurring disorders of substance abuse and bipolar disorder. However, it is important to differentiate the two and not assume that one implies the other.

Attention-deficit/hyperactivity-disorder (ADHD) is a fairly common condition that begins in childhood. Individuals with ADHD struggle to stay focused and are often impulsive. This can resemble a manic episode. However, ADHD symptoms are generally more easily contained and are not marked by particular episodes. Also, while ADHD is generally diagnosed in childhood, bipolar disorder tends to first exhibit in a person’s late teens or early twenties.

Anxiety disorders, including generalized anxiety, social anxiety, panic disorders, PTSD, and obsessive-compulsive disorder (OCD) often co-occur with bipolar disorder. It is possible that practitioners will therefore interpret the experiences of someone with an anxiety disorder as bipolar. Misdiagnosis can lead to further problems, rather than alleviating the symptoms of anxiety.

The dangers of misdiagnosis are twofold:

Someone suffering from any of the above disorders requires treatment in order to live a healthy life. Without the right treatment, their condition is likely to get worse. On the other hand, bipolar treatments, including medication, can be dangerous for those not suffering from bipolar disorder. Side effects can have a major impact on a person’s life.

Although bipolar disorder is one of the more common mental illnesses, it also has a high rate of misdiagnosis. Be careful not to rush to conclusions, and to compare each individual’s experiences against the symptoms of all possible illnesses.