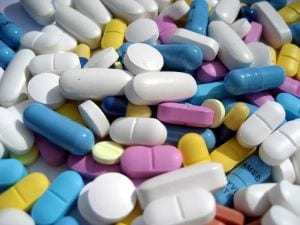 Detoxing from any addictive substance is always a hard process, but detoxing from benzodiazepines is a particularly tough and dangerous process. Detoxing is usually the first step in an individual’s recovery from an addiction. It involves completely removing the substance from the individual’s system.

The end result is to completely isolate the addict from the substance he abuses and to rid his body of all traces of the substance. For people who have hardcore addictions, they can experience severe forms of withdrawal. The symptoms can include nausea, headaches, and even hallucinations. Detox should always be done under the supervision of a medical professional. The detox process is even more dangerous when the individual is addicted to benzodiazepines.

Benzodiazepine is a drug that is considered safe when used in proper dosages. It is a psychoactive drug that is used mostly on people who suffer from anxiety or panic disorders. Benzodiazepines first became available in 1960 and were discovered by Leo Sternbach years earlier. One of the most commonly known versions of benzodiazepines is valium.

Because of the quick onset of benzodiazepines, they have also proven useful to remedy insomnia and mood disorders. Unfortunately, they are also a drug that is commonly abused, and often misused in conjunction with other drugs. Short-term usage of benzodiazepines is considered very safe, but long-term usage is discouraged because of the onset of dangerous side-effects that may occur.

What Are The Dangers Of Benzodiazepines?

Long-term use is controversial, because there are a myriad of negative physical and psychological changes that can happen, such as:

Because of the insidious effects that long-term usage of benzodiazepines has, it should only be used short-term and under the supervision of a medical professional. Unfortunately, though, many people who take benzodiazepines do so for panic disorders, and abusing the drug is quite frequent. This is especially dangerous, because detoxing from benzodiazepines is known as being one of the hardest drugs to detox from.

These symptoms don’t happen to everyone who is trying to detox from benzodiazepines, but seem to occur most commonly with people who had long-term hardcore usage. This is usually defined as someone who used the drug daily for three months or longer. Due to the dangers of detox, addicts should be gradually weaned off the drug with a taper strategy.

The long-term dangers of benzodiazepines, particularly during detox, can be life-threatening. But taper strategies and seeking the support of a benzodiazepine support group can help make the detox process easier.