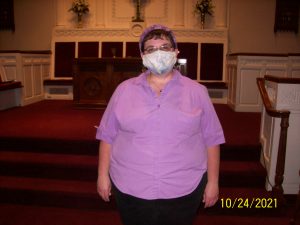 Changes Needed to the Addiction World

This nation is dealing with a huge crisis of addiction. Many people want to ignore what the habits that they are having in the everyday. I have had family members that are alcoholics, heavy smokers of tobacco and another on dope. This is something that the world deals with daily but the people ignore that the habits are there. These habits kill family unity and kill relationships. Many that are deep alcoholics ruin any chance of having lasting relationships because the alcohol will always come first. The same with the tobacco and the other drugs. When a person is in, they are totally in and nothing else matters. No child, husband, wife, family or place will ever be more important the “next fix” or the “next high”, nothing else is more important to the addict.

Many spend their entire lives ignoring the issue and continuing down this path. They do not understand that they are harming others in their lives. Many are oblivious and those that realize it, say “I can stop anytime I want”. Though they will try a total addict will not stop until they are fully committed and they get the help to stop. Many, that accomplish the new life have to have something else to replace the addiction with. The alcoholic would need meetings everyday at different times at first. Then they would be able to move forward slowly. To the addict is every moment they chose to not drink. Eventually when they have made the change, for many the moment is a total brain shift, though the desire will always be there and they will avoid all alcohol out of everything. There have been people that have gone more then a decade sober and the one major event throughs them over. They lose all the progress and back to drinking they go. There are also groups for the family of the alcoholic. They have to learn that they did not cause the drinking and they can not change the alcoholic they can only work on themselves. This comes from the changes that the addicts make to others lives.

Society as a whole ignores the issues. This affects everyone no matter how much they realize it. Anyone that comes in contact with the family of an alcoholic will see the things that are very different about them. However, the same as many medical issues unless they have a member of the “group” they are in that speaks up about the issue most do not realize the impact. The struggles that the families face and the major issues that the children have with normal life. They do not know what normal life is many times, till they leave the house and see their lives were not normal. This sends them into questioning and confusion. The older they are when this happens the longer it takes to really deal with the issue. Again, there are support groups to help them see that the lives that they spent their lives protecting themselves is not the normal. They have to be taught to see a different life. This will help them not marry a husband/wife that does the same thing. This is why this is best caught and treated early.

To fix this issue there needs to be more speaking about the problem through videos that are realistic, including things like having accidents and the person kills someone, while the drunk walks away fine. The next day they have no memory of the accident and then send them to treatment. The drug addict movie that is not pretty and has it all from the stealing money as a child to get the next high, to the driver that risks it all to get that next high. Then the outcome show that some go years and make big bucks and the simple mistakes, show many ways they have been caught almost like dreams of horror for the druggie. Then have it happen and do not butter the life in jail. This is something that is done in real life and jail is not something nice it is dreadful. The more reality is on video and it is real the less people want it. This is part of how they brushed off the smoking and drinking in days gone by.

There also needs to be talk about it when the children are young. When the issues are found the community needs to come together to help show the children the right life. Even if the parents are not charged the children can unite with the community members and have hope. These are all things as a daughter that lived through the challenges, I wish I had had. To this day my mother refuses to admit the danger we were in and how much we missed out on. Though I was very happy that my community united for me. My grandmother was a life line to my normal every time we visited, she was there and loving me. The home-made things that I got as a child I now understand. Grandma knew that she could not buy things that were expensive because he would have sold them for more alcohol. It now makes sense. As I watch my nieces growing up that way, I remember to give them what I always wanted the support, so I give it to them. Everything I learned they are getting at a much younger age.