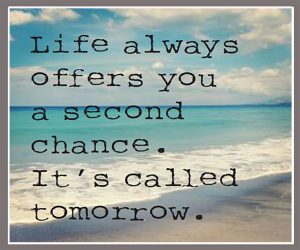 Will Tomorrow Ever Come….

We, as a community, as a Nation, are facing a global crisis. It started more than 50 years ago, like a wildfire. Though a wildfire can be contained and extinguished, thus far, our nation’s crisis has not yet been contained, let alone extinguished. It will not simply be extinguished. It demands our nations, and our people’ attention, and efforts. Everyone, man, woman& child, need help occassionally. Honestly, more often than not, help is not easily available or in reach. In todays’ climate, drug use, abuse & addiction is becoming prevalent, and if you look closely enough, at the root of the issues will be an emotional issue that the person is not equipped to handle or control without help.

The drugs have a hold on these people, altering their neurological abilities and judgments. Eventually, they have or will cause them to believe that the drug is the band-aid, making things better, and also believing that drugs also help compartmentalise the emotional issues at base, making dealing with them seem unnecessary.

Drug use, seemingly always, starts off as benign, or at least, only used in social settings. Unfortunately, the influence of said drug makes such an impression, dulling the emotional turbulance, that the user starts using at home, alone, even at work, using more and more as the drug has less and less effect. Thus, the addiction has been given life, and a path to mow down.

As addictions become simply all consuming, I can walk you through the basics of how this happens, based on my observations. For example, say a person lives in an area where businesses have left, and they were employed at that company. Therefore, they lose their job. They notice people in similar positions don’t seem to mind as much, that they have no income. These people show the magic. Drugs. The looks in their eyes send the message…”Will tomorrow ever come? Who cares, I’m living today.” A person begins buying drugs simply to feel better, to numb the pain and feel less depressed, even for a while. Before they realize it, all of their savings are gone. They lose their homes, and can’t pass a drug test to get a new job.

Once a person gets to that place, they begin arguing with themselves. Then they start stealing, using the pilfered goods to make money to pay for the habit, band-aiding once again their distress.

I don’t think there is any one way to stop it. Unless, once committing a crime, the person is arrested. I dream of starting a program for precisely this issue. Once in jail, ideally, my program design is for people in jail for any drug charges, or suspected use. Mandatory group and individual counseling (in-house) will help them get to the true root of the emotional issues, or understanding why it seemed fun to try it in the first place, and helping them understand who they have harmed or how they have messed up their life, and the personal tools to begin fixing them.

Jail is not th3e solution nor is fines, but it is the beginning of fixing the problem. It gets them there and forces them to deal. After a few months, and marked improvements, there would be assisted job placement.It would, ideally, have mandatory participation. Refusal would result in added time onto sentence.

After one year, I truly believe , We as a whole, could make a true difference in healing people, and help them become healthier, happier people. The impact on the community would be astounding, and the crime rate would drop, and the safety would be a plus. Property values would raise, it would free up some police resources for more critical issues and above all, bring more revenue into the communities.

It could be almost completely eradicated, with my proposed program. Aside from the above change3s, the new life that it gives people would be a rebirth, like a chryssalis, a butterfly emerging. We, the people, have the chance to make a real difference, so….Why not?