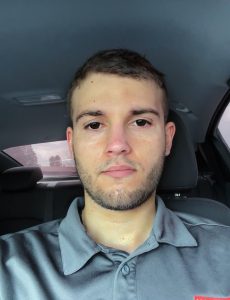 In the application for this scholarship essay, you specified three questions to be answered in the submitted essay. After reading the questions, I believe that the answer to them has changed with time and will continue to change in time. In the 80s and 90s, the addiction to crack cocaine was what made headlines. Today, we’re dealing with a completely different and much more expansive and deadly crisis, opioid addiction.

I believe we as a nation are dealing with an opioid crisis because more people are being prescribed such medications. Then the question becomes, why are American citizens being prescribed such a dangerous substance that could and likely would take control of their lives? Well that’s simple, it’s because they’re in pain. Why are they in pain? They don’t take care of themselves.

The United States is leading the world in diabetes, obesity, heart failure, etc. If an individual is obese it means they don’t exercise or eat the proper foods that give their bones and muscles the necessary strength to prevent any potential pain otherwise caused by whatever activity they were doing. Too make matters worse, not only are most Americans not taking care of their body’s, but they’re also neglecting their body’s. Making their physical pain an inevitable and self fulfilling prophecy.

The consequences for opioid addiction for an individual is tragic to say the least. They’ll never live another day without needing the substance, especially if the addiction has been in motion for many years. If they don’t have their daily fix, they will be so unbelievably sick they won’t be able to get out of bed, and in some cases, even die as a result of the withdrawal. All opioid addicts know this and this is the reason why society is at risk of being harmed.

If an addict has no money and knows he/she is running low on the substance that keeps them alive, they will do anything to get their hands on more. This includes robbery, burglary, larceny, and/or any threatening act of violence. They’ll take other peoples lives if it means saving their own. Anybody with an addiction this severe would, because at the end of the day, we’re all animals. We will kill innocent people to save ourselves, just as a lion would kill another lion to save itself and protect it’s cubs.

The only possible remedy which is one that would take generations, is to make the people of America healthier. Stop telling them lies about what is and isn’t healthy and stop false advertising the effectiveness of health products just to make a buck. Stop putting colorful buildings at every street corner, that dish out slow-killing, barely edible products like a conveyor belt to millions of Americans every day.

Fewer unhealthy people, less risk of pain, fewer trips to the doctor, and therefore fewer opioid pain killer prescriptions written. It’s really simple but it’s going to take everyone to make it happen, from the government to the lower class citizen. We all have to make an effort to shift society towards healthier lifestyles that are available for all.