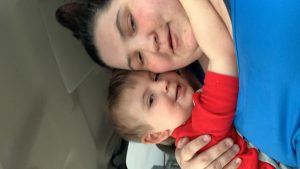 There are many faces of additions

Why I believe we as a nation are face dealing with an addiction crisis is because the food industry is putting chemicals in the food that we eat such as antibiotics in chickens that is not healthy for us it causes us to crave unhealthy foods and drinks. They also pasteurized milk from cows and put hormones in the milk to make it unhealthy if they would leave that stuff out of our food and drinks, we wouldn’t have people so addicted to food and wouldn’t be obsessed. Same would go with smoking if they would stop growing tobacco there wouldn’t be anyone addicted to cigarettes or chewing tobacco, they wouldn’t have people die from mouth or lung cancer. If they would stop making cleaners and chemicals that people use to make meth and other drugs people wouldn’t get addicted and end up killing them self or others.

The consequences of this addiction for individuals and the society people become obsessed have high blood pressure, high cholesterol, become diabetic, cancer of the mouth and lungs and must have lap band surgery to get the weight off. Get put on medication for high blood pressure, cholesterol, and diabetic medication. Must have chemo for the cancer.

The people that make the chemicals used in meth and other drugs should be held responsible for the death of the people that get killed from drug users. Stop putting hormones in our foods and drinks. Stop growing tobacco, stop making chemicals that can kill people. I have a family member addicted to pills and other things she has lost her child because of it.