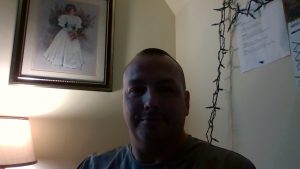 The Struggle of Addiction

This essay is somewhat of a autobiography for me. A way of telling my story and how addiction has shaped me into the person I am today.

I was born in Ogden Utah to parents that were both alcoholics. I saw a lot of physical abuse growing up and it became the norm for the police to be present at times as well.

I went through elementary school with minor bumps, and recall several nights where I needed my mom or dad but they were too drunk to care about what I needed. I am going to go even further and tell you about the night I realized that this world was not anywhere near as innocent as I thought it was.

My parents seemed to always have a lot of company around all the time. This was like any other night, and I used to sit in my room and play with the little matchbox cars, and I had an old clothes hamper that I turned upside down and pounded on with makeshift drumsticks. I loved it. It helped me escape where I was. This played a role in my future because later on in life, I taught myself how to play drums, and percussion instruments.

On this particular night, I was told to stay in my room and play, so I did. One of my fathers friends came into my room and paid particularly close attention to me. He befriended me, and I trusted everyone. A few hours into this, he turned the light off and wanted to “play a game”. As anyone can imagine, this man’s idea of a game entailed sexual abuse. Up until this point in my life, I believed that everyone had good intentions, and that even included my parents.

As I moved on into my high school years I began having behavioral issues. I would fight with my parents a lot. They eventually started to taper off the drinking and partying.

I was just starting. I discovered that alcohol made all of my bad feeling go away for a while, and I could actually start to fit in. It was not long before I met my first wife, we met in high school, and married before we could graduate. This was a toxic relationship from the start. I would drink heavily and we separated so many times I lost count. There was infidelity on her side and I just could not handle it. At this same time, I ended up in the emergency room for a broken bone. I discovered a substance that made me feel better than I could describe. It was opiate pain medicine. From that day forward all I did was centered on getting more. As anyone could imagine, my using only got worse to the point that my marriage came to an end. In this process we made agreements for our 3 kids and visitation.

One weekend I had my kids and my daughter had her tonsils removed the week prior. She was prescribed opiate liquid pain medicine. I drank all of her medicine, went to the store and bought children’s advil, and put it in the bottle hoping no one would notice. My ex wife noticed and pressed charges. This began a whole new realm of addiction for me. Being locked up only helps people network for more bad behavior, as it did for me. I began using needles to shoot up heroin and meth. This shot me to the bottom real fast. I was wanted by law enforcement, I was high on everything I could find, and I wanted to die.

This is where I found something greater than myself. I finally got arrested and graduated a program while I was there. I found myself. I found God. I discovered that I didn’t have to live like that again.