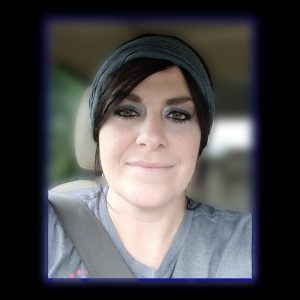 THE MANY FACES OF ADDICTION

We as a Nation…

Are dealing with a crisis that affects each and everyone of us whether we are completely aware of it or not. The powerful disease of addiction is on a very high rise causing us great pain and devastation along the way. There are so many faces of addiction, some hide it better than others, while others do not even bat an eyelash at whether or not you see it in action.

There have been so many lives lost recently of people that more than likely would still be with us had they just said no. 70,630 drug overdose deaths in the US alone during 2019. These deaths were mainly among the age group of 35-44 years old, with the 19-27 years old coming up quickly behind them. In all fairness, it really does not matter the age of a person, it doesn’t matter the race, gender, sexual preference, religion, or tax status neither. If addiction has chosen you then it wouldn’t matter if you were a one eyed, one horned, flying, purple people eater you will still not be immune from the sudden death it can cause and has too so many before you.

I believe the crisis was put into play mainly by the pharmaceutical companies and the doctors whom over prescribed the opiates for nonsense reasons. In my own opinion, a pain killer of any kind does very little for the actual pain of any kind and has caused the kind of pain where you pray for God above to just go ahead and take you out, the kind of pain where your eye lashes hurt, and the kind where it seems like it will never come to an end and the kind that some end themselves rather than go through it any longer. And if money didn’t make this world go around then we might not be in the shape we are.

The things we reap we must sow and sometimes this is a hard pill to swallow especially, when we are the people who are dealing with the disease indirectly. If you are not the actual user, but suffer the disease because of a loved one then, sometimes that can be even harder on you than the addict themselves. I personally have two brothers and both were involved in a long line of sin from heroin use.

One brother is currently in the county jail and will be released shortly. My family has watched him steal everything that wasn’t nailed down and if he was not doing that he was usually fighting with everyone just because. But mainly, he was dying on the garage floor every other week. He has been revived at least 9 times in the last two years that we know of. Hes’s also got may of his friends or fellow using buddies rather that have stories of having to use Narcan on him as well. It has been harder to deal with him as an addict than it was to deal with my own addiction.

I’ve had to watch him be rolled onto the lawn by another user and then that guy took straight off and had left him there for death which was close by being that he wasn’t breathing and turned so black he was turning white again. My mother who is a registered nurse was in such a panic that she had forgotten how to perform CPR and the neighbor had to help. While my dad was pacing the lawn and arguing with the 911 operator frantically. It was such a pitiful site and believe me nothing I wish for anyone I even dislike to ever have to watch one of their loved ones go through.

The other brother has just as much of a heartbreaking story as the first. He was in jail awaiting a conviction of arson which is no light matter in the state of Kentucky at least, and drugs were the underlying problem. While there another man had decided that he was going to try to rob my brother for his canteen and beat my brother so badly he a was knocked out. He wasn’t breathing enough that the lack of oxygen had left him in a coma which could have been prevented had he gotten the care he needed, but because he was in the care of a jail he laid there on the floor for two and half hours because the guards had blew him off. He was in his coma for 5 weeks and wasn’t expected to live since he was on life support for three of those weeks which was partly due to the fact that he had contracted Covid-19 virus. He by the Grace of God had finally woke up but they never excepted him to be able to walk or talk or do anything other than a vegetated state. While he is quite a bit slower than he once was and can barely use the right side of his body properly he over-powered the odds and is now talking and walking. Has to have a constant babysitter, which was my dad quit working and my mother cut back her hours just to be able to keep him out of a nursing home.

Theres also the consequence of not just going to jail, or into a hospital, a vegetated state, or even death, but the one where if the numbers continue to rise like they have been then who is going to be competent enough to even try to run this nation. Who is going to the leaders of tomorrow when they cannot stay awake long enough to finish a sentence? Our nation cannot be ran by just whoever can keep their eyes open and can speak. The other nations around the world are already setting things into place to pounce on the fact that we are letting everything go straight to hell in a basket as it already is. When they finally have a person who is thinking about putting a needle in their arm instead of the topic on hand then what? It seems like we won’t have to wait too much longer if things continue the way they have a been for the last twelve years.

The disease of addiction absolutely affects everyone in one way or another. The addict usually suffers with problems to their health, jobs, money, attitude, freedom, relationships, etc… The loved ones of the addict suffer the same things as well. So, as a nation, a society, as a person we should all put forth a more solid effort to try to fix the problem before it becomes so unmanageable that no one will ever be able to get a hold of the problem at all.

Simply we could set out to make things ultimately more difficult for the addicts, in other words stop the enabling. If you have a love one who is an addict in your home, put them out. If you give an addict money stop. And if you think as long as you just go buy the things they need instead of cash in hand, it really is no different anyways. If they have you paying for all the bills or food or gas then whatever money they get will for sure go straight to the dealer. If you stop everything you do including even speaking to them by experience I believe that they will hit a bottom so much faster and be more willing to look at the way of life they have chosen.

We need to try to push our government into applying strict long sentencing when an addict has to face their legal issues, and I would bet that at least 8 out of 10 addict will all face legal issues at some point during their career.

I believe that our government can do way better in the customs area. I think that they intentionally allow some illegal packages across and make a huge bust every so often to make them look as if they were still doing there jobs. I truly think that they allow the drugs into this country because they can ultimately catch a person with the drugs and by the time those people are caught, go through court, and it is time to pay the court costs against them that they will have the brand new addition to the cities roads, or schools, or new judicial buildings. If there are no criminals there would be no need for any of our judges, lawyers, court reporters, clerks, police officers. Things would be a lot more orderly naturally.

All the little things add up and when our addicts have no where else to turn they get tired and turn to shelters, the rehabs, doctors, and friends for the help they need to get the recovery process on track and to hopefully salvage their life back before they end up dead. It is never too late to quit and start over to a new better horizon, they just need a bigger push towards it, I know I did and I than God that it did.