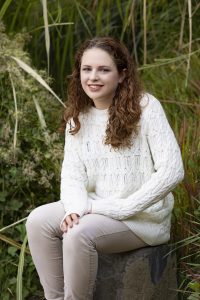 The Addiction Crisis in Modern American Families and Society

We hear the word addiction and we can often think of an individual who suffers from one. Among these addictions, an increasing one that comes up is substance abuse. A problem that has almost become cultural due to its prevalence in the modern world. An issue that we have considerable knowledge on how and why these addictions manifest. Even how it negatively effects an individual and our society, but one that does not seem to come with a clear viable solution. This is why we must continue our work to help not only those who are afflicted with different substances, but the communities of which are most impacted by the effects of this crisis.

Substance abuse is a crisis because there isn’t enough support and access to resources, like family therapy, for families that are exposed to substance disorders or have a high ACE (Adverse Childhood Experience) score. Substance abuse is often attributed to one or more of the following: genes, heritability, environmental factors, trauma and mental health. Among the highest drugs in heritability include cocaine at 72% and opiates at 70% (Brande, 2021). This suggests that certain drugs have a high-risk factor for becoming a cyclical problem not only for the individual but for the children or family members if they were to take these drugs as well. Trauma and mental health are additional factors that can impact their choice to abuse substances. According to Brande, people that suffer from anxiety or a mood disorder have an increased likelihood of drug abuse (2021). However, if brought up in a healthy environment or appropriate education is in place then these effects can be significantly reduced. Higher ACE scores can pose a risk to substance abuse too. ACE scores evaluate how negative events including abuse and neglect can bring on detrimental effects if there is not proper early intervention (Anda, 2018). Anda continues to say that for each increase in an ACE score, a person is 62% more likely to abuse prescription drugs and they are two to four times more likely to use illicit drugs from an earlier age (2018). This can be caused by or later lead to mental health problems including trauma and anxiety (Laura, L., Howsare, J., & Byrne, M., 2013). A study from 2013 estimate that more than eight million children under the age of 18 lives with a parent that has substance abuse disorder (Laura, L., Howsare, J., & Byrne, M.). This disruption due to the substance abuse in parenting can cause other negative effects in their social life and relationships which can make them more susceptible to stress (Laura, L., Howsare, J., & Byrne, M., 2013). This vulnerability of stress further heightens their risks for mental illness. Therefore, Family life and mental health must be addressed to help stop the addiction crisis.

The individual and societal impacts bring heavy costs to the economy if preventative action is not taken. Family and individual lives take a toll when substance abuse is involved in various ways. Parents that are afflicted with this disorder are three times more likely to abuse their children sexually or physically (Laura, L., Howsare, J., & Byrne, M., 2013). This can lead to an increasing likelihood to be arrested as juveniles by 50%, committing a violent crime by 40%, and a higher chance of obtaining an externalizing or internalizing disorder (Laura, L., Howsare, J., & Byrne, M., 2013). These statistics show a dysregulation in emotional processing and creates a gap in communication skills. A social skill that is negatively impacted is a lack of assertiveness and direct communication leading to other interpersonal conflict (Laura, L., Howsare, J., & Byrne, M., 2013). Only exacerbating poor attachment styles and unhealthy relationships. This can quickly turn into bigger problems and often becomes an economic challenge, an ongoing issue for decades within communities that cannot be understated. In 2002, the financial cost of drug abuse alone in the United States came out to 180.9 billion dollars, even before the opioid epidemic (The Impact of Drugs on Society, 2006). A more recent statistic shows that the opioid misuse alone cost the United States 78.5 billion dollars from treatment to criminal justice involvement (Opioid Overdose Crisis, 2021). As time goes on, the drug abuse may be different in the substances that are more commonly used, but the economic burden is not. Within the lives of Americans, many suffer from substance abuse in different ways or worse. The Opioid Overdose Crisis reports from the year 2017 that 47,000 Americans died from an opioid overdose either through prescribed medications or illegally, this continued to increase to 50,000 deaths in 2019 (2021). Substance abuse creates a higher demand for social services like treatment facilities and law enforcement involvement only creating more economic losses (Daley, 2013). Ways this may show up within communities is loss of productivity in businesses from potential theft for drug money, absenteeism, or loss of work productivity due to mental illness (The Impact of Drugs on Society, 2006). Within families, these effects may ripple into lack of basic needs being met for children and health care (The Impact of Drugs on Society, 2006). Thus, creating a greater dependence on social services like unemployment and welfare from this lack of social support (Daley, 2013). Each individual and family carries a different burden amongst their struggles within their substance abuse problem. Ultimately, we pay the cost when individuals and families lack support from basic needs to social services in this country.

Solutions are often complex, but I believe there can be simple steps to be taken to ease this crisis little by little within individuals and the country. On the individual level, one way to help people is to develop healthy communication skills, which can be extended to personal relationships as well. These learned skills can be applied to loved ones that deal with this issue as well as prevent negative associations to peers that may later influence them to abuse substances. I think this skill is vital to all areas of life, especially to those who are exposed to substance abuse or have this disorder. One way this could be done is through K-12 schools with licensed family or school therapists if they have an ACE score that poses a risk for substance use or have been exposed to this disorder from their parents. This could be assessed each year by having students take an ACE questionnaire at the beginning of the year and creating a weekly hour slot in the schedule for youth to learn these valuable skills. I often think if earlier intervention is in place, where most kids have access to these types of resources, could prevent other forms of illness more than just substance abuse including anxiety and depression. Thus, helping them understand healthy relationships and increasing their likelihood of more positive interpersonal relationships, which has been shown to promote positive behavioral changes in people (Daley, 2013). On the societal level, communities could back financial support to businesses for mental health and general health insurance plans for their employees. If businesses were financially incentivized to provide these support systems to individuals, then people could have the access they need for general health needs like immunizations and enhanced mental health. This in turn would help businesses improve work productivity and the overall wellness of people would make them less reliant on social systems, like unemployment and welfare dependence. These services could be less burdensome on taxpayers if better benefits were in place and prevent further declines in the economy. A service that has been shown to be in lack for victims that want to recover from their substance abuse (The Impact of Drugs on Society, 2006). These are small but doable steps for the health of Americans and the economic stability of our country.

A crisis is not a permanent problem but an opportunity to bring change to those who need the support. There are different factors that may put people at risk for substance abuse which I believe can start from an early age if there is a lack of social support in place. Many people afflicted with a substance disorder face challenges to basic needs and financial support to help ease their mental burden. This not only costs the country economically in the long term, but many lives and mental health of the people that are affected. Another reason why we have to continue to fight for individuals with a substance use disorder using preventative work for at risk youth and more social supports, like health insurance for families. A problem we can bring to light and change so our country can be safer and healthier for everyone.