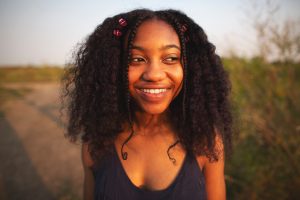 Over the past couple of decades, we have seen numerous technology advancements that has changed the way we interact with the world around us. Advancements like the internet and virtual reality has created new ways to digest media and entertainment. Unfortunately, as a result it has caused society to become isolated. Ironically several people would rather have conversations through a screen rather than face to face and its caused disconnection. I believe that were going through addiction crisis because several people have decided to live their life vicariously through a screen.

We can trace this all from the kids born in the early 2000s. This Generation was born with the internet. As a result of their first interactions in the world being mostly through a phone screen a lot of these kids have issues interacting with people in the real world. These people are what I like to call iPad kids. I pad kids are kids that have had a “iPad,” or any electronic device to make them keep quiet or be entertained. These kids then become dependent on feeling time with being entertained. As they get older, they become addicted to filling the time with something fun because from their childhood this is what they were taught. These so called “iPad” kids turn into people that would rather spend their entire life online or in virtual world.

There are many consequences associated with a technology addiction crisis. One of the main consequences is developing a dopamine addiction that negatively impact ones mental health. Dopamine is a chemical in the brain that is created when the brain is doing something fun or exciting , thus why it is usually called the excitement hormone. When someone has a technology addiction their brain is actively trying to get their “fix” of dopamine. If the brain doesn’t get their fix, it could cause them to have severe case of anxiety and/or depression.

To help solve this problem in our society we can educate people on the importance of limiting their time online and express this same importance in schools. As a society we have tried to move to a more technology savvy world and technology advancements are great when used in moderation. Educating young people about the harmful affects of this addiction would result in lasting change because it would deter people from continuing these harmful practices.

As a society we must address this addiction that impacts millions across the world. This starts with education and having these tough conversations with peers. By tackling this issue that has taken the lives of many we can make a better life for all and increase the quality of life without living through a screen.