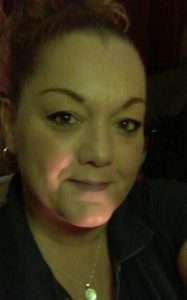 Rachel’s Essay: A Story of Hope

The biggest obstacle that I’ve ever had to overcome during my academic career is drug addiction. When I was sixteen, I was your typical sixteen-year-old. I was entering the 10th grade, starting into high school; it was 1989. I loved school; I always made the honor roll in Junior high, so I figured I could still do it in High school. Well, High School was much different. So, my grades started to take a turn for the worst, and I started hanging out with the wrong crowd. At that point, my drinking had spiraled out of control, and my parents threw me out of the house. My mother and father were addicts themselves. So, at the age of sixteen, I went into the foster care system.

I wanted no part of that; I met the first man I saw and married him at seventeen. No sooner did I turn eighteen, and I was pregnant, I hadn’t finished high school, I had no job, and my husband left me; I was all alone. Soon after that, I went to go live back with my stepmother and my father. My stepmother helped me get a tutor so I could get my GED. On February 11th, 1992, I had my son, and in June of 1992, I received my GED. After I had my son, I started my new life being a mom; I loved it; I felt like I had a purpose in this world: to take care of him. He was the only thing that mattered. I had turned my life around, and even my parents were proud of me.

In 1999 I Received my certification as a nursing assistant. I worked as a CNA for 12 years. Until one day, I met a new man who would ultimately change my life forever.

It was September 1995; I was shopping in a local supermarket and saw a man I used to go out with when I was younger. A few weeks went by, and we moved in together. At that time, I was only smoking pot. I didn’t know what he was up to until one day I couldn’t find any pot anywhere, and he told me to try something else. I didn’t know what it was; I just knew that I trusted him and that he wouldn’t hurt me, so I did. The next thing I know, I just smoked crack for the first time. To this very day, I don’t think I would have tried it if I had known what it was. At first, it was every once in a while thing. Then I got pregnant and ultimately stopped, I was twenty-three years old, and yet again, he left me because he wasn’t ready to be a dad. So again, I was alone with two children. This time he comes back after my son was born with a new girl. The only time I would see him was when he wanted to get high, and me being a gullible as I am, I thought he wanted a smoking partner. So, I quickly became addicted, addicted to crack cocaine for twenty-four years without seeking help. I didn’t know how to get help. I was so in love with him that I would do anything to be near him, to be what I thought he wanted. I was abused when I was a teenager by my mother. She beat me; I was shipped back and forth from my mother to my father eleven times since I was ten years old. I felt like nobody wanted me. I watched my mother overdose when I was twelve. I used to run away. The first time I ran away, I was eleven, because to be around my mother was dangerous; I didn’t know when she would get mad and hit me with the belt.

I suffered from PTSD, and with the trauma from this man who never had any intentions of being with me, he just wanted to control me. He used to beat me if he even thought I was with another man. He, of course, could be with whoever he wanted to, but for me, it was different. I supported him while he was locked up in prison. I would get myself clean while he was in jail, but it would start all over again as soon as he got out. I could not getaway. In 2010 I tried to commit suicide because it got to be so horrible. I have been struggling with this addiction for so long.

I finally got away and turned him into the police, but I still had the addiction. I lived in a hotel and got my act together, and my ex-husband and I got back together in 2017. No sooner did we get back together he was diagnosed with brain cancer, and our whole world was shattered; I still didn’t use. Then, on November 6th, 2018, at 7:06 pm, my husband died. The trauma of his death turned me back into the drugs. You see, all my life, I have been put down, told that I would never amount to anything. It isn’t an excuse to use, but at that point, life didn’t matter to me anymore. In 2020, I put myself in a rehabilitation center for 28 days and came out a new person; I was determined to turn my life around. I decided to go back to school. I started going to meetings and volunteering at the local soup kitchen, trying to help as much as possible. So, I decided to become a Substance abuse counselor.

I am a student at the University of Phoenix. I am getting my bachelor’s degree in psychology to help those who are still suffering like me. When I graduate, I will work in a rehabilitation center as a recovery coach. I am working on that certificate now; when I get my master’s degree, I will be a Substance Abuse Counselor. I will help those addicts that are suffering. I want to be the person that gets that next person off that ledge. All of us as addicts are people trapped in our minds thinking that’s the only way to live. I will help them reach for their dreams and their goals and make them come true. I can do this; I know I can help someone else. My whole life, I was told I would end up like my mother. She died in April 2011 of a drug overdose, and my mother will not define me. There were over 100,000 overdose deaths in the United States alone in 2020. I have lost so many friends to this disease. We need people like me in this medical field who have been through what I have been through to tell their store of hope. I have been clean for nearly five months.

I know it doesn’t seem like all that long, but the drive and determination that I have in me right now give me the strength to keep pushing forward. I work hard in school to achieve the grades that I do. I am a part of the Leadership and Success Association. I am also asked to join the University of Phoenix Chapter of Upsilon Phi Delta (UPD), a national academic honor society for students exclusive to Healthcare Administration students. With all I have done in my life, all the mistakes I have made, all the screw-ups I have done, someone at the University of Phoenix picked me to become their leader of all people. I am not going to lie; my self-esteem is low. That is what happens when your whole life when you have never had anyone on your side. But, my life begins now, I no longer play the victim, and I start living a new life free from drugs and alcohol with children and grandchildren.