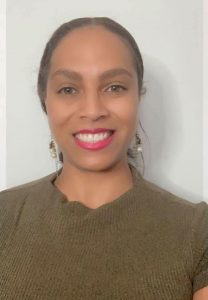 The abuse of prescription drugs is growing to a public health concern, claiming many lives every year. Many people are taking an overdose of these prescriptions, while others are addicted to the use of these drugs. Addiction to prescription drugs is an issue that requires the government to allocate vast amounts of resources to control. In addition, the addicted depend on government programs to sustain their drug demands. Prescription drug abuse is where an individual takes drugs inappropriately. Misuse of medicines ranges from all ages, including opioid painkillers, anti-anxiety medications, and stimulants. As a result, there is an observed increase in hospital emergency visits, which needs to be addressed. There is a need to develop a strategy to address this issue, which is a significant public health challenge due to the economic costs associated with prevention programs.

Different legal programs are being put in place to address drug misuse, abuse, and overdose. CDC and GDA have implemented regulations tailored to help prevent abuse of prescription drugs. Legal strategies have been put in place to avoid the misuse of prescription drugs and reduce abuse and overdose. One of the regulatory frameworks enacted by the FDA is to reduce exposure and prevent new addictions by ensuring only the correctly indicated patients are prescribed opioids. They are only prescribed for the duration and doses that correspond to clinical reasons. FDA also aims to help those in chronic pain get alternative pain management strategies without exposing them to addictive pain management drugs. Patients and prescribers should be educated on these strategies and that giving and taking prescription medication does not guarantee they will be immune to addiction and death. FDA also enforces regulations that prevent shipment of drugs using mails by collaboration with Customs and Border Protection to avoid the growth of the illicit market for diverted opioids. The authority also ensures that medications are prescribed based not only on outcomes of using opioids but also on comparing risks and benefits of using those prescriptions. This aims to limit prescription drug misuse by ensuring that physical examinations accompany medicines to limit patient visits so that the public is protected by supervising prescriptions and preventing over-the-counter pharmaceutical medications.

Currently, the prevalence of misusing prescription medication is higher in the United States than in any other country globally. Cocaine, heroin, or methamphetamine are not the drugs that are abused in the United States as would be expected. However, prescription drugs are highly used and affect many lives that do not discriminate on age. Teens seek medication to control pain but unknowingly end up developing addictive behavior at an early age. When teenagers develop addictive behavior, normal brain and body development are affected. In addition, this group of population is at risk of developing other drugs abuse habits such as smoking cigarettes, alcoholism, and other substances. Therefore, prescribing prescription drugs to minors puts them at risk of developing drug dependence that can cause addiction that can lead to their adult life. Moreover, increased reliance on opioids increases the risk of decline in cognitive development and functions, decreasing the respiratory system’s operations, putting them at risk of death. Therefore, the regulatory framework put by the FDA and the CDC should be enhanced to ensure these risks are eliminated.

Misuse of prescription drugs is on the rise in the United, but they play an essential role in managing pain. Getting these drugs out of the United States is impossible. These drugs are easily accessible, whether prescribed by physicians or bought on the streets. However, laws and regulations have been put in place to regulate the misuse of prescription drugs, but it is crucial to increase regulation to ensure that those who abuse these drugs are put on hold. Medication is necessary for treatment and therapy but should avail it with limitations. Improving the existing laws is a significant intervention to prevent the abuse of prescription drugs. It would also be essential to educate patients on the risks of misusing medication, avail support services for substance abuse, and improve physicians’ ways of prescribing opioids.