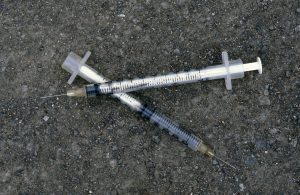 Nicotine is the most common type of addiction in the United States today. As of June 2021, it is estimated that there are 50 million Americans that have some type of addiction to tobacco products like cigars, cigarettes, chewing tobacco, and snuff. Many clinical studies have documented that 90% of people started using nicotine products by the age of 18. One major reason why people start to use tobacco products at this age is because of stress. At 18, many Americans are under a great deal of pressure of having their future and career planned out. Those who used nicotine products believed they could relieve this stress with tobacco. And by using it at a young age (relatively speaking) these people got addicted to its use early in their young adult life. This, in turn, got them to feel like nicotine was something they needed in order to survive on a day to day basis.

Opioids are another very common type of addiction in the United States. It is estimated that 10.1 million people age 12 or older have become addicted to opioids in the form of substances like prescription pain relievers and heroin. And it’s prescription pain relievers that I would like to focus on here. Prescription pain relievers are the most common form of opioids. To relieve their patients, doctors prescribe them, but they do so too loosely. Doctors have been known to prescribe doses higher than needed, which only increases the likelihood of an addiction manifesting. But there is also a psychological factor at play here as well.A doctor prescribing opioids gets the patients (particularly ones at a younger age) to believe that they need it to survive. People know doctors have their best interest at heart, so in their minds, if a doctor gives them something in order to make them feel better, then they start to make the connection that using more the substance is good when, in reality, it can have fatal consequences.

Nicotine by itself is not entirely all that dangerous. But, many doctors find that nicotine can be and is often a gateway drug. Many who use nicotine abuse tobacco products with dangerous drugs like cocaine and alcohol. And using these drugs in combination elicits a synergistic effect, making already dangerous substances like cocaine and alcohol even more dangerous. Opioids, on the other hand, can be very dangerous on their own. Nearly 50,000 die a year due to the overdose of prescription pain relievers and heroin. Even if people don’t die from the misuse of opioids, then they may still suffer from substance disorders caused by prescription pain relievers and heroin. It is estimated that nearly 1.7 million people suffer from prescription opioid pain relievers and 652,000 suffer from heroin use disorder.

Both nicotine and opioids have treatment options available. If people suffer from misusing these substances, they can get the help they need. But what I find to be the most effective in stopping most problems is to stop the problem before it actually becomes a problem. Education is key in situations like these. There needs to be more awareness of the problem of addiction. Nicotine and opioids are both very prevalent forms of addiction, but there are so many more like alcohol abuse. We need to educate people on the causes of these types of abuses, but also the effects. By letting people know the facts, we can stop our national problem of addiction. By spreading awareness, we are helping not only the people around us, but also future generations. By working together, we can also stop addiction in its tracks.