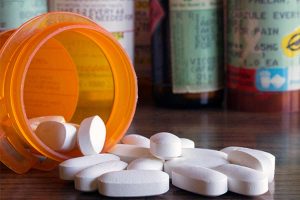 In 2019, nearly 50,000 people died from an opioid overdose. The misuse of and addition to opioids has not slowed down today. This also includes prescription pain relievers, heroin, and synthetic opioids such as fentanyl. It is a serious national crisis that affects public health as well as social and economic welfare. I believe this all stemmed from the pharmaceutical companies that assured the medical community that patients would not become addicted to prescription opioid pain relievers, because of this reassurance healthcare providers began to prescribe them at greater rates. Here are just a few of the consequences from the opioid crisis: roughly 21 to 29 percent of patients prescribed opioids for chronic pain misuse them, between 8 and 12 percent of people using an opioid for chronic pain develop an opioid use disorder, an estimated 4 to 6 percent who misuse prescription opioids transition to heroin, and about 80 percent of people who use heroin first misused prescription opioids.

New born babies can also suffer consequences from an opioid addiction as it can be transferred to them in the womb. Babies who are exposed to opiates during pregnancy are at risk for low birth weight, behavioral problems, developmental delays, learning disabilities, birth defects and stillbirth. It can also cause health issues discovered later in life. It is sad these children suffer these consequences from something that had nothing to do with them.

The CDC is committed to fighting the opioid epidemic and supporting states and communities as they continue to work to identify outbreaks, collect data, respond to overdoses, and provide care to those in their communities. The CDC is so committed that they started the OD2A, which is a 3-year cooperative agreement through which CDC funds health department in 47 states and 16 cities and counties for surveillance and prevention efforts. Their work focuses on advancing research by collecting and analyzing data on opioid-related overdoses and improving data quality to better identify areas that need assistance and to evaluate prevention efforts. I believe the best way to remedy the opioid overdose crisis is to help with the CDC efforts and possibly putting a restriction on the amount of opioids healthcare workers are allowed to prescribe. You cannot take away opioids overall because people will still find ways to get it but putting a restriction on things might help with the crisis and the number of deaths we see yearly from this drug.