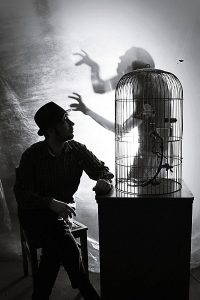 Addiction is cunning, baffling and powerful. It does not discriminate against sex, race, creed or religion. It has been around for centuries if not millenia, however, overdoses and drug related deaths continue to rise steadily even with the amount of programs available today and the education around the harmful affects of alcohol and other drugs. For example, my mother’s overdose in 1999 and untimely death at the age of 36 didn’t stop me from picking up my first drink but it sure crossed my mind when I was at my lowest and ready to give up in 2017. I didn’t want to die an alcoholic death; alone, hopeless and empty at 25 years old.

My mother was so beautiful. I know everyone says that about their mothers, but I mean my mother was BEAUTIFUL. I grew up looking at her photos just in awe of her smile. You see, that’s all I had of her were photos, a few home videos and even fewer memories. Addiction robbed me of the chance to have a mother, and she was “gone” even before I was born. I would not be the saving grace that would reignite her passion for life and make her give up the drugs for good, but it wasn’t until I experienced the intense grip of addiction myself did I understand that no human power could have relieved me of my alcoholism nor my mother of hers. In recovery, I finally realized that all those beautiful smiling pictures of my mother I admired growing up were just a façade. The smile was just to hide all the pain and sadness she felt, but her eyes gave her away…only I was too blind to see that for so long. Recovery gave me that ability to sympathize and forgive my mother for choosing drugs over me because I knew how powerful they were and still are if I don’t stay in the solution.

Fortunately, I had good enough health insurance to get me into a residential treatment program in Sacramento, California, where I stayed for 45 days. I wish I could say that I stayed sober after that but again, addiction is cunning, baffling and powerful. I took that opportunity for granted and spent a few more months digging myself into an even deeper hole of despair and shame afterwards until I came crawling on hands and knees into Alcoholics Anonymous in October of 2017. Thinking about it now makes me feel even more gratitude for my experience because I believe one of the main reasons we have such an addicition crisis right now is because the cost of residential treatments is high and insurance does not cover all of it. This isn’t a knock at treatment centers, the price matches the amount of resources, but most addicts can’t afford it on their own. We’re struggling as a society to make ends meet, which ultimately leads to poor mental health and many people turn to mood altering substances to cope. Unfortanetly, if someone has an addictive personality this can be their downfall.

I know the point of this essay was to describe the national addiction crisis, the consequences of the individual and the society and what we can do to remedy it but I think there is more power in personal testimony. I watched addiction rip apart my family, I experienced the agony of waking up every day praying I could make it through the day without taking a drink only to be unconcious by nightfall and the pain of losing friends to overdoses and suicide. Today, I sit in meetings with dozens of other addicts, I listen to their stories and I hear their pain but I also hear of their hopes. THIS IS A CRISIS…and we have to know that there is hope at the end of the day. I am one of a handful of people from my residential program that is clean and sober 5 years later and that is only contigent on the effort I put into my recovery on a daily basis as I am only offered a daily reprieve. Recovery is possible, hope exists.