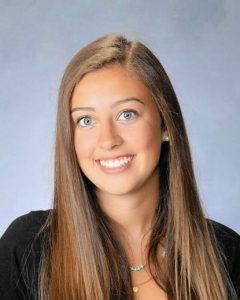 “I have had a horrible week, let’s just black out tonight”. That sentence was said to me probably over 100 times during my time as an undergraduate. “Blacking out” is when you drink so much that you can not remember anything from the night before. None of us wanted to admit that we had a problem, that we used alcohol to escape from our issues. Our behavior could only be defined with one word, alcoholism.

A recent study on a college campus was done, in which they found that 25% percent of the campus were problem drinkers, and 7% were alcoholics. Yet, only 1% of the students felt as though they had a drinking problem. This is why the nation is dealing with this addiction crisis. No college students are able to realize that they have a problem, because the culture of college encourages students to drink every weekend. Students are peer-pressured into taking shots or drinking more than they can handle, to fit in.

Let’s call it what it is, binge drinking. Binge drinking is 5 or more drinks in a row for men, and 4 in a row drinks for women. This behavior is extremely common. At a fraternity I once attended a party at, they declared that “under six means a bad chick”. Meaning that those women who did not want to take at least six shots were deemed as unworthy.

This behavior has a plethora of consequences. It can lead to alcohol poisoning, which leads to brain injuries and even death. Furthermore, college student’s brains are still developing. This specific age demographic is at an even higher risk for brain damage due to drinking.

As a society, we are in danger of losing the next generation of leaders and workers. Binge drinking can lead to driving under the influence, suicide, and sexually transmiited disseases. We need to address these issues before we lose even more children to this addiction.

To remedy this crisis, we need to take a stronger stance against binge drinking in college. Students need to be held to a higher standard. Individually, students need to be aware of the consequences it can have. College students should all be required to take a semester long course that details all the negative things that could happen to them if they continue or begin this behavior. Society needs to work against this drinking culture, to try and eliminate this peer pressure. Binge drinking is not cool or glamourous, it is deadly.