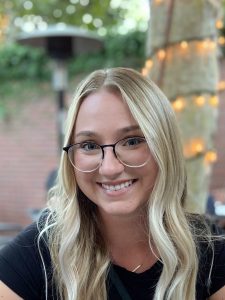 When addictions come into the conversation, substances like alcohol, heroin, cocaine, all come to mind. But there is another substance that is creepily ruining peoples lives left and right, with doctors’ permission. That substance: Opioids. My mother, Sheri, was a happy and loving mother of four girls. She had an amazing job as a registered nurse in the state of California where she made an ungodly amount of money. After having a cervical fusion, she was prescribed pain killers. Norco, Oxycontin, Klonopin and others flowed through her blood and her brain demanded more. She was fired from her job of twenty years for stealing medications and stripped of her license. Slowly she became nonexistent in my childhood, she lost sight of what was important and spent the time dedicated to helping me grow up and navigate life, passed out on the couch from taking too many benzodiazepines. I essentially became my own mother, which may explain why I am so independent now; it may also explain why I have such an anxious attachment style to people around me and in relationships. For so long I begged to be noticed and cared about by her, but any conversation we had would soon be forgotten in her faded pharmaceutical dreams.

My mother is not nearly the only person suffering from this Opioid crisis. That’s why it’s been called a crisis. Getting controlled substances like this have become increasingly harder for this very reason. Which is great, it means that there is less risk of people ending up like my mother. However, it does not mean that I get my childhood back, or the mother daughter relationship that I craved so badly.

Because I have this backstory and experiences in my life, it makes me very aware of anything that I put into my body. Truthfully, I am terrified that the addiction genes in my family tree are so strong that I will get addicted to just about anything. Not everyone has to go through such an experience to learn to be careful around controlled substances. Simply having the awareness of the possibilities of substances would change so many people’s lives. It is okay to deny a doctor’s request for you to take a medication. It is your body, protect it. I am choosing to protect mine.