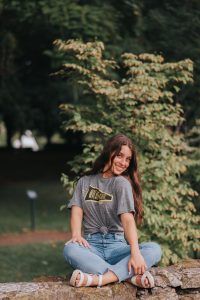 Alcoholism: More than just the Drink in Hand

Alcoholism: More than just the Drink in Hand

In movies, TV shows, and everyday life, the consumption of alcohol is talked about in this cool and almost romanticized way. For many teenagers, what they see in the media and the actions of their peers influence them to make life-altering decisions. While from the outside alcohol looks like a “fun” and “easy-going” thing to do with your friends, it has a much greater effect on millions of people that many teenagers may not realize.

Growing up, I knew that past 6:00 P.M. I no longer had parents. At the moment, I had no idea that this was not a normal thing for every child. Seeing my parents passed out on the couch every night and having to take care of my sister were just normal parts of my life. Expressing my emotions has become very challenging because of alcoholism, a chronic disease that affects more than just the user. The effects of having an alcoholic in your family can be painful and may cause long-term issues with future relationships. According to the Alcohol Coalition Committee (ACC), children who grow up with an alcohol-addicted parent tend to take on the following traits, “Don’t trust, Don’t feel, Don’t talk.” According to the American Addiction Center (AAC), around 76 million Americans have alcoholism or have been exposed to alcoholism in their family. Of those 76, as many as 26.8 million are children. The trickiest part about alcoholism is how easy it is to hide, as well as how popularized it has become.

When many people think of an alcoholic they think of a drunk man who slurs his words and keeps a brown paper bag by his side. This notion is far outdated and the very reason more people need to be educated on this topic. The present-day alcoholic can be hiding in plain sight, choosing to conceal the symptoms others might see.

From the day we start watching movies as young kids we see alcohol and drug abuse being glamorized for the sake of romance. These same movies have normalized alcohol addiction to the point of people not being able to accept or understand the fact that they or their loved ones are an alcoholic themselves. The prolonged denial of this topic can lead to lots of damage and hardship in many families.

Many teenagers describe themselves as an “alcoholic” when in the future, those tendencies could ruin their families just like it almost did mine. It took my mother a near-death experience to finally get sober which wasn’t easy for her, but my parents realized that their health and the wellbeing of our family were at stake. Had they not taken those steps and reversed the habits they created as teenagers, we might not have the close-knit relationship we do today. Thankfully there are support groups for children of alcoholics (Al-anon/ Alateen) and the alcoholics themselves, AA (alcoholics anonymous).

More people need to become educated on this problem as it will be an issue for many years to come. Without having an understanding, nothing will change and millions of teens will fall into the patterns of their parents and the people who influence them most. I hope that teenagers realize the effect that their “fun” teenage habit could have on their future families. Alcoholism is a disease that has become extremely normalized in today’s society. The first step is the hardest, but the most important for yourself and others. To find a meeting for yourself or a loved one visit one of the AA websites.