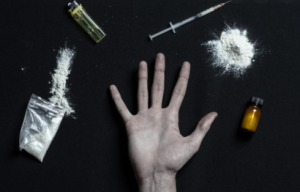 Addiction took her Teeth and Her Children

Let me tell you a story about my mom. Amber gave birth to me, her first of six children, on April 19th, 1995. She and my dad were young and in love. Just 3 short months after my birth, my father, the apple of my mothers’ eye, took his own life. This is what I believe triggered my mothers 24-year battle with addiction.

I lived with my biological mother for eight years prior to being officially adopted at the age of ten. In that time, we didn’t have a lot. We were evicted multiple times; I change schools 5 times before the second grade. My mom always made the best of it. We had fun “breakfast for dinner” nights that I loved. Little did I know we had them so often because cereal was all we could afford. Looking back, I see a mom that tried her best, but it simply was not good enough when it comes to the care of a child.

Amber began using drugs and alcohol at 17 years old. It started so simple, like trying cocaine at a party to fit in. Then before you know it, she is addicted to methamphetamines, has lost her teeth and all six of her kids. Most of us are grown now but we are no strangers to the dangers of drugs and the powerful grip addiction holds on its victims. In this nation accessibility in not an issue. You can find “hard” drugs at a local high school in any town in America. Not only that, but addition is generational. I was lucky enough to get out of that environment, I moved across the country. My two younger brothers stayed with a different relative that had similar habits, and they both now are addicts as well. This burdens not only my family but the entirety of society when they are in and out of jail for these drug offenses. When you multiply my story across the millions of families in America that have written the same book, its becomes a heartbreaking and expensive loss.

At the end of the day you can’t force anyone to change. The old adage that you can lead a horse to water, but you can’t make it drink, rings painfully true. The individual needs to want this for themselves. All we can do is love and forgive. In society I feel people tend to look down and be ashamed of those that battle with addiction. I would urge you to be kind. You may end up being the voice of reason that they need to hear. Never assume that this could not happen to you. Be kind, listen and maybe you might learn something.

My story ends pleasantly. I did not get to be raised in the family I was birthed into, but now I have a story that may be able to touch others and if that helps anyone, then I wouldn’t change a thing about it. Amber has found sobriety as of December 18th, 2019, and she has a close group of NA friends. My brothers are still fighting, but as I’ve come to learn, where the is a will, there is a way.