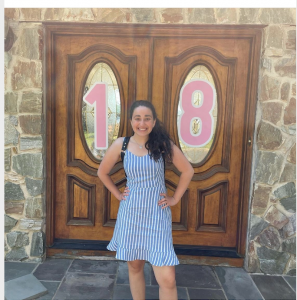 This past September, I began college. My small campus serves as somewhat of an oasis in the middle of a major metropolis and from that view, I can feel very protected from the city around me. But the moment I walk outside the gates either to go to class on the campus across the street, or to stop at the local market or walk to one of the off-campus houses for an event, the realities of the city I am in immediately set in.

Just this past week, my mother came in to meet me for dinner. She immediately commented on how the city actually smelled like marijuana, a legal drug, but still not something she wants any part of. She had with her my younger sister, only 5 years old, and it felt strange to be so surrounded by a drug, legal or not. As we walked down Broadway toward some of the off-campus buildings I wanted to show off, we passed several homeless people asking for money and food. One of them was talking to himself and saying, “I don’t do heroin. I’m just a big eater,” amongst other things. My little sister commented that “that man is talking to his self.” My mother, wanting to ease the discomfort of my little sister and also wanting to be helpful, walked alone around the corner, bought a sandwich and returned to provide dinner to the man on the corner. She didn’t want to give him any money for fear it would go to drugs, but he still needed to eat that night.

My extended family has dinner together every Friday night. At that table are my grandparents, my uncle, my cousins, sisters and my parents. It’s a lot of people and a lot of topics being thrown around, not unlike on the show “Blue Bloods.” And in fact, the parents and grandparents all share a love of that show and often bring up topics that are raised at those family dinners. One of those is addiction. My parents agree that when they were younger, the “War on Drugs” and “Just Say No” were common place terms. Though it has been demonstrated that “Just Say No” did not have the intended consequences, there definitely appear to be some things that were different as a result. I’ve often heard about the commercial with the egg frying in the pan, “This is your brain on drugs. Any questions?”. Back then my parents can remember a lot of drunk driving incidents amongst their peers but a lot fewer issues with drugs. Now, I feel it’s the opposite. So to some extent, societal pressure does seem to have an impact on the way we live our lives.

In my family though, that does not seem to be the case. My mother’s first cousin is an addict. He has been in and out of drug rehabilitation facilities since he was a teen and now he’s in his 50s. A few years ago, he was strung out and stole a car. There was a videoed car chase that anyone could find on google and he was arrested, charged and put in jail. My family was actually relieved. At least he was safe and so were the people around him, as long as he was off the streets. I often hear my uncle say that my cousin is a really great guy and we all love to be around him, as long as he’s sober, which is unfortunately, not nearly often enough. He has two children who are around my age and both of them have been impacted by his drug use. His son did not finish high school and his daughter, still in high school, is having trouble behaviorally as well. His siblings just pray that he outlives their parents so they don’t have to bury their son. And thousands upon thousands of dollars family wide has been spent and lost on his rehabilitation. The family impact is tremendous.

From a societal perspective, he has been in and out of jails and half way houses. He has taken advantage of social action groups like AA and the like. He has burned through multiple sponsors and friends who have tried to help and an immeasurable amount of public dollars has been spent on his personal addiction. Now, let’s multiply that number times every addict in the country. The impact is not something that can be counted or measured.

I wish that I knew what the answer was. In my family, everyone just tries to support our cousin when he’s sober. They try and get the most from that relationship when they can and they show up when needed but they don’t give him money and they don’t give him a place to stay. They’ve learned the consequences. They just hope for the best and try to not be a burden on society as a result of his choices. The rehabilitation facilities have done their best and sometimes he stays clean for periods of time, but it has never lasted. Currently, he is out of jail and rehab and living on his own with a good job. We’ve seen this pattern before but right now we just hope it lasts, even though our hopes are guarded.

I am studying psychology at school with the current goal of going into the field of psychiatry. Maybe along the way I’ll find some sort of answer but right now, the answer appears only to be hope.