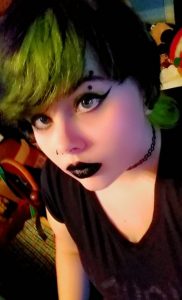 As a beginning college student, many are much to excited for parties. The buzz of alcohol, the euphoria of drugs. However, not many of these students understand the dangers. It is taught through programs and classes, but it is difficult to believe that when they have not had the experience of what addiction can do to people. A wonderful friend can turn into a monster, a family member can become a stranger, a loved one can become an abuser all within weeks of beginning or relapsing into the addiction. It’s hard to believe when you have not witnessed it firsthand, but it does happen. I happen to find myself to be both fortunate and at the same time unlucky to be a person who has witnessed this within my extended and immediate family for most of my life. I hope to one day become a teacher and use my experience to educate youth who have not had these experiences and prove how many people it can and will affect in their lives.

One very common addiction I have seen within my family was alcoholism. My uncle was addicted to alcohol, getting into violent fights as well as being arrested multiple times. I do not remember a time where he was violent around me, however I do remember the smell and how he would seem to stumble. My stepfather was also an alcoholic and would often become violent and angry easier whenever he drank. He had never hit or harmed myself or my siblings, although he did yell quite a bit. Both my uncle and stepfather were admirable and were great fathers to their children. My stepfather was a rising musician, he would often perform concerts at local clubs and bars within Roanoke while also gaining a following on YouTube and SoundCloud. Both took their lives while under the influence of alcohol. I was very little when my uncle died, but I was 16 when I lost my stepfather. This man had helped raise me and took wonderful care of his stepchildren and two very young children. I got to witness the heartbreak my family had felt, and then found that hundreds were devasted by his death. A childhood friend of his who he had not talked to went as far to take her own life as well. It was difficult to understand how one person’s death could change so many people’s worlds.

I have also been in situations where the person did not die, however she did in fact take from her family. This woman in my life was caring and sweet, although she had found herself addicted to pills. Small town woman who had thought she wasn’t very well known, also lost herself and almost everyone she had loved. An entire community of people were disrupted from what used to be their normal lives, a woman who could be trusted throughout anything had seemed to change overnight. She almost put her own child in harm during this, she had lost many friends due to distrust and lies she had spread. This woman in my life had even said herself that the addiction to pills caused her to ruin her entire life.

Throughout many peoples lives, including my own, we have all been taught that drugs are dangerous. At the same time, movies and celebrities have shown otherwise. We have watched movies glorify the use of drugs and alcohol, acting as if being on such things make you so much cooler than anyone else. We saw it with the rise of cigarette sales, movies depicting greasers and popular students smoking at parties and in front of schools just for an appearance. Now it’s depictions of cocaine, heroin, ecstasy, and so much worst in this world. We watch characters do them in movies, shows, all at parties. Even when I was younger, I was excited to go to high school, go to all these parties where people would get drunk and get high. I never did that, thankfully. I went to one single party with alcohol and did not take one sip because I watched my peers turn themselves into fools.

I understand that alcohol, unlike many addictive substances, is perfectly legal. In the same instance, cigarettes and vapes are as well. Does this make them less dangerous? No, and the behavior altering chemicals in alcohol make it much more dangerous for loved ones around the person who may be an alcoholic. It’s hard to say how our society will be affected in the future if more addictive substances come out. I do however wish to be the voice of reason with our future. It is one of my main goals in life, to teach my experience unto the next generation of children. It’s hard to be a teenager and watch your friends fall into the same patterns that your adult role models used to destroy themselves. It will be difficult to show the world the dangers, but I hope a little bit at a time we can bring about this change.