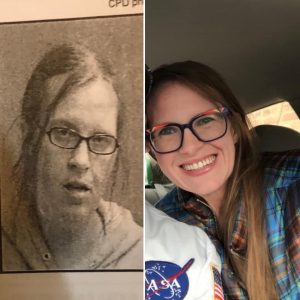 I learned very early to stay quiet to avoid conflict. It was my way of coping with life in an alcoholic household. I never wanted to be like my parents, I swore I would not drink, smoke, or make my own children ever feel anything less than amazing. Sometimes plans change. I began drinking alcohol at age 13 and eventually progressed to smoking marijuana at 15. By this time, I was drinking bottles of vodka in my room alone and I also began cutting. It was the only time I ever felt better. Eventually I moved on to snorting cocaine, then smoking crack, and finally heroin. I know exactly why we as a nation are dealing with an addiction crisis and that answer is stigma. Doctors were always quick to prescribe a highly addictive opioid but when the prescriptions ran out and the individual turned to heroin they were shunned and stigmatized. While I never had a problem with prescription opioids (although I am sure I could have developed one rather quickly) I experienced this stigma often. I avoided emergency rooms and doctors because I was always treated as less than a human being. Even the paramedic who had to start my heart again and administer Narcan after an overdose made comments like “It’s a waste, she’s just going to get high again.” Those words stung. Even though they he was right, it made me feel like trash. I know for me; the consequences of addiction were extremely negative. I became homeless and I spent my nights riding the el trains back and forth in Chicago. I overdosed about 5 times in total and as mentioned had to have my heart started on one of those occasions. I walked the streets each day knowing that I was sick and tired of being sick and tired but not knowing how to stop. I wanted to die but when I attempted to do so it never worked. I could not even kill myself right, the paramedics were right…I was hopeless.

I know now that we were both wrong, I was just too sick to see it. Walking those streets, I used to think that the only way I would ever stop using heroin was if I either died or was locked up for a long time. Well one of these came true. In summer of 2010 I took a trip to a town about an hour away from me to see my boyfriend. I did not know that I would not return to Chicago until 2013. I brought heroin with me, and when I got to his house, we both shot up. I woke up, he did not. When I woke up, I realized I had been in the bed all night next to my deceased boyfriend. He was purple, swollen, and there was a sweet smell emitting from his body that I will never forget. I was questioned by police for about 12 hours and finally locked up, but it was not until the next day that I learned they were charging me with drug induced homicide. I was lost and confused and wondering why I was being charged with his death when we had both made a choice to use. I began preparing for a long sentence and spent my initial days staring at a wall in a holding cell sicker than I had ever been in my life. Eventually the fog cleared, and I began my new journey toward change. Ultimately the drug induced homicide charge was dropped, and I spent a total of 2 years in the county jail, and then six months in prison. I got my GED while incarcerated and upon release I enrolled in school. I obtained my Associates in Addiction Studies and then my CADC to work in substance abuse counseling. Except nobody would hire me because of my background. So, I did what I always did, I fought for what I wanted. I immediately started my Undergraduate studies and eventually began working in the field after I came across an agency that allowed me to explain what happened, and they gave me a chance. I graduated with a 4.0 gpa, in the middle of a pandemic, and received my Bachelors in Psychology. I now work in the court system as a drug court case manager and am preparing to begin Graduate studies in Clinical Mental Health Counseling.

How can this problem be remedied? Treat individuals suffering from substance use disorders with the same dignity and respect as you would any other human being. I believe the answer is education. If we can educate people on addiction as a brain disease and show them that harm reduction programs such as needle exchanges result in the costs to the community decreasing, there might be some change. And to that paramedic who said saving my life was a waste, I would like him to know that I now have 10 years in recovery and have helped many others who are still struggling. I believe that those who make it to the other side of addiction have an obligation to help people that are where they used to be. I no longer stay quiet to avoid conflict. I use my voice to help others and I do so in hopes that they will one day have the opportunity to pay it forward.