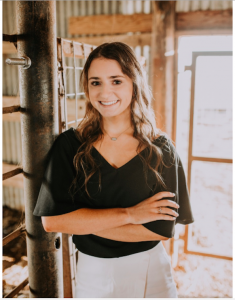 You’re A Broken Man Daddy, But I’ll Always Be Your Little Girl

As only being a 17 year old high schooler, most people believe that I haven’t “lived enough life” or truly know what a hardship is. Although that may be the case, my unique story has many to believe that I’ve lived an entire lifetime in my short 17 years with a lesson to be learned through it all.

As I was ending my elementary school days, home wasn’t as happy as it used to be so my parents decided it was best to separate after 20 years of marriage. Being so young, my sister and I weren’t sure why they split besides my mom saying “daddy was sick” and wouldn’t get the help he needed. After my parent’s divorce, this ‘sickness’ got worse and my dad started to become less and less like himself. It wasn’t until early junior high that I realized this “illness” was a humble way of saying that he was an alcoholic. His drinking eventually got to multiple bottles of liquor a day starting at the moment he woke up, to the second he fell asleep. He then quickly picked up the use of marijuana and was crossed about 23/24 hours of the day. Usually by the end of the day he was unable to even stand, let alone walk around the house. On the way to school every morning his coffee cup was filled with wine and any short errand we ran he made sure he took at least 2 beers with him. It quickly came to my attention that this dangerous cycle was extremely threatening to me and my sister’s everyday lives. My mom thought it was best to put me in therapy to help relieve my thoughts and bring attention to the matter. This resulted in 3 CPS calls made by my therapist due to my father’s driving under the influence and an unhappy teenager that hated every minute of therapy. Having to talk about his drunk driving, constant alcohol use, and drug use to someone I didn’t know felt like I was betraying one of the few people that loved me.

March of 7th grade I received a call saying there had been a bad accident involving my dad. This accident was ruled as an attempted suicide as he jumped infront of a speeding car on the busiest road in my town. We suspect this was caused by a warrant out for his arrest due to lacing drugs with fentanyl that he sold from the back of his bar and a suspicion that he may have found out about the CPS calls. My dad spent about 2 months in the ICU and 2 more months in rehabilitation centers learning how to walk and talk again. Each visit was worse than the last as he was unrecognizable and couldn’t remember who my sister and I were most of the time. After he was released to go home, my grandma lived with him and we had regular visits. It wasn’t a month of him being home for me to find his secret stash of alcohol. It was clear he chose alcohol over his daughters and I made the decision for us to leave and not come back until he was sober. Unfortunately, this relapse ended with belittling texts towards me and him being found a few days later after drinking himself to death. He was found in his home with empty bottles of alcohol and an empty pill bottle next to him. The paramedics suspect that he suffered a seizure early in the morning due to the amount of alcohol he consumed the prior days and when he fell, his head hit the tile floor and due to the recent traumatic brain injuries, he died. The death certificate states that cause of death was due to “complications due to blunt trauma to the head and torso.” These were from the accident in March and should not have been portrayed as the cause of death in mid August. Although biologically the cause of death was internal, my father died of an alcohol addiction. He lost a wife, 2 daughters, many friends, his parents and all support around him because he chose alcohol over his family. He had no one looking out for him because this drove everyone away and it was made clear he could not handle this on his own. The last words I ever spoke to my father was him calling me inappropriate names and saying that he was never going to see me again because I told him that I refused to go back home until he was sober. These statements ended up becoming true as 2 weeks later he was found dead.

Finding out this awful news the day after my birthday party and 2 days before I was supposed to start 8th grade got me thinking how I was going to be perceived for the rest of my life. Even though I try keeping things to myself, I also know that word travels fast and by the time school started, everyone knew. I didn’t want to be treated differently and tried to act like everything was fine. I felt like everyone knew me as the daughter of an alcoholic that recently died. I was constantly being stared at and knew that everyone was talking about how my father had passed. I was completely and utterly embarrassed to be associated with that because I was the near perfect child that never had it in the near realm of having a life like his. Most kids look up to their parents and unfortunately, I made it my goal to never become anything like my father. I was more concerned about my near perfect reputation than my feelings of the matter and I bottled things up for years because it was a subject matter that I use to prefer not to discuss due to the fact that I wish it hadn’t existed.

After finally opening up to someone I trust, they made me realize that I am not my parent and I am not defined by my parent’s mindless actions. Although I think about his poor decisions everyday, I live knowing that I make the decisions of my future and my father’s reputation does not affect mine. Even though I can’t control what people think about me, I can control what people see from me. I may flinch to the sound of a wine bottle opening, or the flicker of lighter but I live knowing it made me stronger.