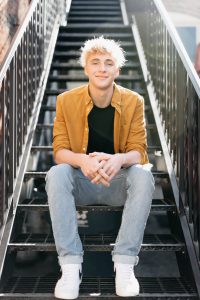 Addiction. It is a powerful word. It is a word typically is associated with a negative connotation. When you think of addiction, you may think of a drug addict, or an alcoholic, or even someone who is addicted to spending money.

I think it is a challenge to summarize why we, as a nation, are dealing with addiction. There can be many different factors that turn a person into an addict. Many times, it can be due to a genetic predisposition. Perhaps you grew up with parents that abused alcohol, and that made you think that their addiction, was “normal” behavior. Perhaps you never learned any different because that’s all you saw as you were growing up. Many people become addicted to opioids due to a circumstance completely outside of their control. If a person has a back injury, and they start taking oxycodone, and for the first few months, a 5-milligram pill works to keep their pain under control. Eventually they find that this dose, does not control their pain, so they must go to their doctor to have their dose increased. This pattern continues until the person is addicted and cannot get higher doses because their physician realizes this is not safe. At this point, their situation went from a medical problem, to a drug and alcohol problem. There is a definite substance abuse and addiction crisis happening in our current word, and one that needs addressed.

The consequences of addiction for an individual can be catastrophic. Loss of your job, because you are under the influence, being arrested and having legal issues, destroying the trust and bond of the people you love, as well as a whole slew of health issues that can occur due to addiction. Usually when someone is addicted, they will stop at nothing to feed their addiction. Drugs become more important than food. Getting high becomes more important than going to work. Standards and morals can fly right out the window. Addiction is consuming and it is can destroy everything in its path to be satiated. As a society, addiction poses a special threat because it is so widespread. Trying to find recovery houses or rehab centers to take patients is a struggle. Many times, people with addiction have lost their jobs, perhaps they have lost their homes, maybe they have even lost their insurance. How do people pay for rehab when they have no source of income and no insurance to help cover their stay? It is a vicious circle, and one that has people who relapse again and again and again. There is no easy cure for addiction, and this is why it is such a challenge for individuals to stay sober.

To remedy this crisis on an individual level, I believe that early education regarding addiction is paramount. Teach young children in schools the importance of saying no to drugs, even non-addicting drugs like marijuana. Using marijuana can be a gateway drug into using more dangerous and addicting substances like coke, meth, and heroin. As I explained before, if a child grows up and sees his or her parents getting high every night, they may internalize this as being a normal behavior. Then when this child gets older, they don’t think twice about getting high every day. The saying “you don’t know what you don’t know” reigns so true. Not only is early education regarding the importance of drug and alcohol abuse critical, continued education is key. In schools, this should be taught annually. Having recovered addicts come into educate the students is one thing that may make a permanent impression on the child, one that they will carry with them, and hopefully lead them to just say no when they are presented with the opportunity to partake in drugs or alcohol. How to remedy the crisis on a societal level would be to have more readily available rehabs with less restrictions on who gets accepted. The local hospitals are bursting at the seams with mental health patients – my mother is a nurse on one and I know that the units are always full of patients needing beds. Reinforcing the importance of AA, having those supports set up once patients leave hospitals or rehabs, and having family there to support the patient through their recovery is also crucial. Again, as a society, continued education and support need to happen as well. Making sure that people follow up with their doctors, and their appointments is an important key to their continued success. There are some medications that can help prevent patients from craving drugs and alcohol – and having more access to these types of medications may be something that could help society as a whole as well.