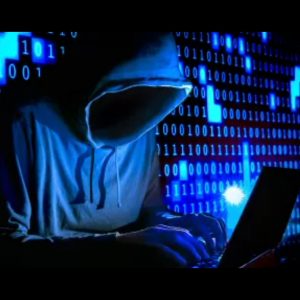 I believe addiction is not just a strong want for something or someone but a strong desire to stick to one thing to the point where you feel utterly useless without it. Technology was introduced to make life easier for humans, yet we find ourselves becoming overtly dependent on it. When Facebook was introduced in 2004, everyone was excited about the prospect of being able to communicate with individuals from all nations across the globe. Subsequently, other social media avenues were introduced including snapchat, Instagram and many others. What started as a simple way to bridge communication and make the world a more cosmopolitan place has become a tool for indulging in vanity and self-hate.

People now have a means of actively displaying their wealth, talents, properties and others. One would assume by doing so others would be motivated to work hard to obtain their own property. Contrary to that, we see individuals developing low self-esteem, becoming depressed and suicidal. Others are going through dubious means to acquire wealth including identity theft, fraudulent assets and dishonesty. Morality has been thrown out the window. In the 1920’s, hardly would you see porn readily available on the street. Thanks to social media, we have people showing off their nudity and making money off it. One might ask, how does that affect the society? Who cares what someone chooses to do with their own body or time? In that moment, it might seem fun as a teenager or young adult, but years to come all that nudity can lead to one’s downfall. Teenagers are getting pregnant more frequently because of constant exposure to sexual content. Being a “baby mama” is the new trend. Additionally, social media consumes our time to a point where people have become slaves to their phones and laptops. That is why we find people not concentrating at work and making silly mistakes because they were on their phone. Others have been caught watching pornography on company computers. Even when policies are put in place to curb such actions, as crafty as we are, we come up with new ways to indulge in our blatant addiction. Employers refuse to employ such people because they may consider it a taint to their brand. When people drive, they want to reply their text messages, they want to post videos in their car to show they can afford an expensive ride. That is why reckless driving and accidents are becoming rampant. Every decision individuals take is posted on social media because they have become so consumed by the need to feel validated. We are constantly looking at our phones to check who has the best boyfriend or who has the most likes or comments. All this breeds insecurity, trust issues and creates a disconnect in healthy communication. How can we move forward as a society when we are obsessed with who is using the new designer bag or shoe?

In my opinion, to remedy this social media addiction crisis and its implications; measures have to be put in place to curb our never ending need to be people pleasers. Social media content should be properly regulated by authorities, so that children are not exposed to adult content. Also, parents should stop neglecting their kids, and more educative content should be posted through social media. More inclusive high paying jobs should be created so that people can feel content with their lifestyle and not yearn for that of others.