Browse More
Next Most Shared » 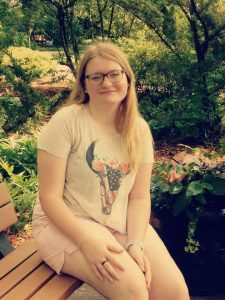 The Sad Reality Of Today’s society

In my family, there are six children. I am the second oldest. I’ve always been looked up to by my younger siblings. I was an A/B student in high school, and my parents always thought that I was a good child. My younger brother on the other hand, we could say differently. He just started ninth grade this year, and it has been really hard on him addiction wise. We noticed that he started to become sleepy in the afternoon faster. We learned that my brother had been smoking cigarettes. He said “People at my school smoke all the time, so I wanted to be cool just like them. They smoke cigarettes, vapes, E- cigs, and basically whatever they can get their hands on.” We told him to stop smoking, but I knew it was going to be hard on him to do so. It is the sad reality that people in today’s society have to deal with, Addiction taking over lives.

The sad part about the story I told above is that my brother made another statement after that one. He said “ People or anyone of any age can go into two gas stations in our area and buy any smoking product if they have enough money. They don’t ID, and they don’t care how old you are. You walk in there with cash, they give you what you want. Some other boys at my school walk around with tons of cash on them telling people that they are going to these gas stations after school to get products. Boys will stand in the bathrooms and wait for people to come in and they will ask if you want to buy from them. The one I bought from charged me $20 for two packs of Marlboros.” This nation that we are living in is making it so easy for people under the age of twenty one to buy underage products. It is adding to the addiction crisis that we are already going through. Many people in the United States already smoke. Statistics state that “14 in every 100 people in the United States smoke, which is 14%. That makes 16 million Americans live with smoking related health problems.”

With addicting products being so easy for anyone to get their hands on, it will lead so many people down the path of bad health conditions. Let’s look at it this way, someone who has asthma, already has lower oxygen levels inside of their body due to their alveoli not being able to expand like normal. If someone who already has asthma picks up something to smoke, it will make the alveoli constrict harder causing them to get even lower oxygen levels inside of their body, which can cause bad side effects like passing out, or in the worst case, death. On the other hand, someone who has been a chronic smoker for long periods of time will have tar build up in their lungs. It will cause lungs not to work properly, and in the long run it will cause the smoker to have a shorter life time.

There are many people in this world in the same situation that my brother was in. They are under the influence of addicting products like smoking, which is cool and accepted in today’s society. With products being so easy for people to get their hands on, it is letting people get in touch with stuff that they shouldn’t. When someone tells you that smoking is good or helps them, tell them that you aren’t interested in having a shorter lifespan, and that you want to live life addiction free. Help addiction stop, starting with you. You never know whose life you are changing, and you can change today’s sad reality, by one decision.