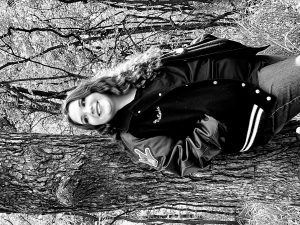 The Reality of Addiction

In these uncertain times, in a divided society, in the midst of a global pandemic, we have struggled mentally. Most people turn to outlets that may not be in their best interest, however, for some, it’s their only way of escape. According to AddictionCenter, almost 21 million people in America struggle with addiction, yet only 10% receive help or seek out treatment, and more than 90% of people with a substance addiction start using those substances under the age of 18 years old.

I believe we, as a nation, are struggling with an addiction crisis because we are a broken, divided nation. We see it every time we turn on the news, open our social media platforms, or hear it on the radio. It’s depressing to see where our nation is. We have people in the African American communities scared to leave their homes due to police violence. We see people in the LGBTQ community being discriminated against DAILY for being who they are. There are those who are immunocompromised, scared to leave their homes due to the ongoing COVID-19 pandemic. Isolation does nobody any good. It has been shown that isolation can lead to depression and suicidal thoughts or actions. 20% of those who struggle with depression, anxiety, and other mental disorders struggle with addiction. I think once we really look inside ourselves and fix this broken nation, we will get out of an addiction crisis in America.

Addiction leads many people down paths they don’t want to end up on or would have never wished for themselves otherwise. My cousin Stevie is a drug addict. Due to his addiction, he stole, robbed places, and put himself in a financial bind because he was doped up on drugs. He is now in jail with possibly no chance of parole. Addiction like the narcissistic boyfriend or girlfriend that isolates you from your friends and family. When I was little, my mom lost her dad. She went through an alcoholic phase that lasted roughly until I got into middle school because she was so depressed that all she knew how to do was drink. I remember seeing my mom get somewhat aggressive in her drunkenness. She would throw coffee cups at my dad. Her addiction ripped what good was in my mother away and I didn’t really get her back until I went into 7th grade. Addiction is something that unfortunately, for many, we have to witness in our families.

As people, we aren’t going to be 100% our best all the time. And that is okay. I think in order to get help for addiction we need to start at the root of the problem first and foremost. If we know we’ve been struggling with depression or anxiety or other mental health issues, we need to seek out help for those first. Unfortunately, society has led us to believe that if we get help for our mental health we are considered inferior, and weak. My philosophy is this. If we get help, if we solve the problem before it starts, we are more powerful than those who never tried in the first place. As a society, we need to remind ourselves what it means to be ONE nation under God. INDIVISIBLE, as it states in our constitution. We are NOT the America we were in 1861 when we were divided by war. We are NOT the America we were in 1865 when segregation became prominent in our cities. We are ONE. And when we realize that, we as a society, will be better off as people.