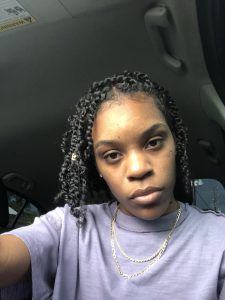 The Real Battleground is the Mind

The Real Battleground is the Mind

There are numerous of reasons why as a nation we’re dealing with an addiction crisis, such economic, childhood trauma, life changing events,  oppression, and so on.  For example, I was watching this documentary on Netflix called, “Crack.” Part of the documentary touched on how in the early 80’s a lot of people turned to this cheap drug (Crack)  to escape the trauma of poverty during one of the worst recessions in America. People lost their jobs and  government assistance programs people relied on were cut.  The drug seemed to be the only thing that was “ getting them by.” It was readily available and cheap.

I was born in 1988 and a very close family member of mine was addicted to this drug until I was in my early 20’s — like around 2009/2010.  Ive witness this drug get this individual down  to their lowest. It caused them to neglect themself physical and mentally. It caused them to steal, abandon, and be apathetic to the ones closest to them — family and friends.

Not only did the “crack era” hit home for me I seen it transpire all across my community. Now if they (Individuals addicted to crack) were stealing from those closest to them you can rest assure  they were doing it to the “average joe” on the street. This in turn causes crime and violence and there are consequences for your actions. Most likely that individual is put in jail for years and If that person has kids then now you have a broken home. And the kids are most likely dealing with abandonment issues and child hood trauma.  Those same kids will go out in society hurt and confused projecting those emotions into the world – which sometimes don’t end well for that person and a society as a whole.

Strides were attempted to be made to get a hold on the “Crack era” during the 80’s such as the war on drugs, but it didn’t do what needed to be done. Unfortunately as a society we’re  still dealing with the effects of crack. I believe that’s because they only dealt with the surface of the issue and not get to the root of the problem. What society should do is stop putting emphasis on looking a certain way, being at a certain point in your life — “The American Dream,” and putting emphasis on things that transitory. But put emphasis on developing ones character, inner being (spiritual growth), mind, body and soul. All the things that I adamantly believe are way more important than living up to a standard. Why? Because these are pivotal to living an efficient and effective life.