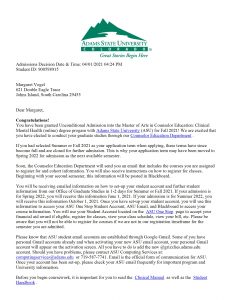 The Insidious Beast of The Cycle

The Insidious Beast of The Cycle

I came into this world with a very specific and innate sensitivity. As early as I can recall, I was instinctively attuned to the emotional temperature of everyone around me. Additionally, the intrusive compulsion to do anything in my power to adjust that temperature according to the comfort of others. This codependent, people pleasing stronghold was the most prominent aspect of my identity.  As I grew from a little girl into a young adult, one could imagine how this pressure became more and more corrosive. I just assumed that there was something identifiably wrong with me that I had this constant compulsion to appease others.  It was not long until I discovered a trusty tool to quiet my inner demon: Alcohol.

Knowing what I know now, it was the very same ‘tool’ that had been utilized by my ancestors for centuries. Though I was raised by two alcoholic parents (one 30 years sober and one still in active addiction), I had been relatively shielded from any discussion of alcoholism and the nature of the disease itself. When you are growing up amongst it, its sick dynamics becomes your ‘normal’. Without resources and truthful, productive conversations—you are left to your own devices and a sense of internalized shame and confusion.

So, when I was catapulted into the real world post high school graduation, the family disease had been fully passed, both environmentally and genetically. With this sort of ignorance and resulting emotional dissociation, the center could simply not hold. My dependence on alcohol to numb my emotional confusion became my lifeline. I was psychologically exhausted from the codependency my brain thought I needed to feed in order to survive. Self-medicating with alcohol was the only source of relief I found from myself.  My obsession with pleasing others at the expense of destroying myself was no longer sustainable, as if it ever even were to begin with.

By the grace that I can only accredit to be my higher power, I got on my knees and pleaded for another way. In doing so, I enabled myself to connect the few dots I had at the time by the admission of being powerless over alcohol and codependency. So, at the ripe age of 24, I decided that fighting for my life was less intimidating than succumbing to the bottomless pain that had become my existence. Thus began my new life when I gave myself the permission to love myself enough to stop drinking.

One of the most profound truths I was ever told was by my first sponsor in AA. She told me: “getting sober doesn’t solve all of your problems, it just gives you the clarity to face them”. Sure enough, the clarity slowly came into view and that was exactly when the real work began.

What was once the inescapable albatross that drove me to drink became the biggest hero in this story. That being, the deep sensitivity that seemingly came into the world with me. This sensitivity made me yearn to understand my own emotion driven behaviors. Furthermore, I pondered its origins on a larger scope. I considered this disease of alcoholism that had haunted my ancestors for generations and generations.

I began to understand the mechanisms of this disease. I learned about the nature of alcoholism being a ‘family disease’, a family dynamic impacting all members regardless of if they partake in the drink or not. Growing up in the presence of an alcoholic and in a family as such stunts and silences the victims in its path. These environments disrupt children developmentally, reaping havoc on the emotional processing and executive functioning portions of the brain. This research and information became the key that unlocked an ancient box of dormant shame within me. I am not defective, I did not cause this, I am not the problem.

I did, however, feel bestowed with the epiphanies so many relatives that came before me were not able to crack. This personal discovery gave me a deeper purpose and vow to do everything in my power not to perpetuate the plagued family cycle beyond myself.  Becoming familiar with epigenetics, provided another layer of depth to my understanding of the genetic component to alcoholism. Though much of the alcoholism repeated family pattern can be attributed to the subconscious modeling passed down from parent to parent; epigenetics explains that trauma is now understood to modify DNA.  The inherent sensitivity and hypervigilance I had known my entire life could likely be contributed to epigenetics. I carried the effects of inherited generational trauma from the continuous cycle of ancestral alcoholism.

Addiction is not created in a vacuum. Our world is so riddled with consuming anxiety on the conscious and subconscious levels.  One could even argue that we are all carrying trauma within our DNA. Society’s ever-growing pressures are only intensifying the innate trauma and trauma response within its precious people. We live in a capitalistic society that is largely unforgiving and not built for emotional well-being. Early on, we largely accept the subconscious agreement that emotions are to be masked, not examined. Emotions are a threat and inconvenience to the ever-churning machine that our society runs on: greed, pride and financial out-put. With these messages so internalized, we become emotionally devalued and thus the cycle continues. When emotions seem so taboo, forbidden or burdensome—chemically numbing oneself seems like the obvious conclusion to appease our own fear of expression. As creatures, we will adapt to fall in line with whatever grants our social inclusion needs to be met. It is much more widely acceptable to escape into a bottle of wine at the end of the day than come forth with our emotional pain. We do not want to experience the perceived isolation and abandonment that is at stake with not following the status quo.   A great deal of society has been passively conditioned to trust that feeling and processing our emotions is more unbearable than the consequences of addiction. Emotional excavation can feel disproportionately more threatening than drug and alcohol use because it is not encouraged or normalized nearly enough. In this way, we certainly are all at the mercy of a societal cycle not of our own making, regardless of our family histories.

Normalizing and prioritizing emotional awareness can be the antidote. Individuals speaking out about the joys of sobriety and being unafraid to go against the grain in sharing the great peace it provides. A peace that cannot be found in any illicit drug. These micro interactions can cause a ripple effect.

I believe that micro changes are not micro. They are revolutionary.  Considering my family history, it was a deep triumph. I plan on continuing to live my life intentionally and soberly. It is not my fault that I had environmental or genetic predispositions to this disease, but it is my responsibility not to perpetuate the wound on my family crest a minute further. That starts with me. I believe that in this personal, micro shift—a macro wave is coming.