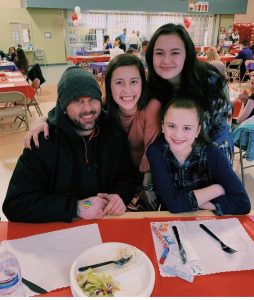 The Effects of Addiction

The Effects of Addiction

Suicide is a prevalent issue in America today, typically caused by two things: mental disorders and substance abuse. According to the American Foundation for Suicide Prevention, they state that suicide is now the 10th leading cause of death in the U.S. and in 2019, approximately 47,511 people died from it. What’s more shocking, is that in that same year, there were 1.38 million suicide attempts altogether, equating to about 138 suicides per day on average. Those are huge, unsettling numbers. Ultimately, research can prove time and time again that suicide rates are increasing. That alone is proof that our nation is struggling with an addiction crisis.

Drug and alcohol abuse aren’t the only addictions that seem to cripple many Americans; during this day and age, young people are fighting a different battle entirely: social media and technology addiction. Studyfinds.org tells us, “a survey finds the average American will spend an equivalent of 44 years looking at some king of digital screen. Researchers say this number has only increased since the beginning of the coronavirus pandemic.” This quote proves how big the role of technology plays in our daily lives, while also supporting the fact that technology is accessible to American society just about everywhere. This makes it easier for people to get addicted to it, especially with social media. Sure, social media is a good way to connect with people, but it’s often found to lead individuals to have feelings of anxiety, depression, comparison, isolation, jealousy and being left out. Essentially, social media and technology addiction can lead to poor mental health, which can lead to more addiction – whether it be within the same things or different addictions entirely – and even suicidal thoughts. Addiction and mental health coincide. It’s all a viscous cycle.

To put it simply, it’s easy to get addicted to harmful things these days, because so many things are accessible to us. It’s shown in the statistics and research on suicide, mental health, technology and social media that our nation clearly is dealing with an addiction crisis. Not only have I heard, read, and studied these things, but I’ve also personally witnessed people very close to me struggle with addiction. Ever since I was young, I’ve watched my dad struggle the drug and alcohol abuse in his life. Growing up, he’d be in and out of jail for numerous things relating to his addiction. In 2008, when I was 7 years old, my parents got a divorce, because my mom couldn’t handle his reckless actions anymore. Even as a part time dad, my father was never consistently present in my life. He was always too busy taking drugs and getting drunk to be there for his kids. I noticed them controlling his life, giving him a short temper and small attention span any time I was with him. He wasn’t responsible for anything, nor did he prioritize the important things in his life. He was always making excuses for his addiction and always chose the drugs over everything. Over his kids, his family, working, being present, and being a dad. In 2019, he went to prison for the first time ever and spent 12 months there. I spent that time hoping and praying that when he got out, he would finally see that he could no longer let his addiction take control of his life. However, even though he had barely been released in November of 2020, he went right back to prison in January of this year, all because he was going to work while on drugs and trying to sell drugs to other people too. It’s sad for me to see that my dad isn’t willing to turn his life around, even after everything his addiction has put him through. I hope that when he gets released in April of 2022, he’ll finally strive to be the man that I’ve always wanted him to be. I hope that he stops choosing his addiction and I hope he can see his problems for what they are.

I’ve had another person in my life struggle with a terrible addiction as well. In 2010, my mom remarried my step-dad Dylan. They had been happily married for 10 years, when this January, our family discovered that he had a pornography addiction that’s been present in his life for over 15 years. This led him to make some pretty bad, disgusting choices in his life, like sexually abusing me and my little sister for numerous years as we grew up. My own personal trauma that he has caused in my life has helped me realize even more how big of an issue pornography and addiction are. Had Dylan not been addicted to porn, he wouldn’t have done those terrible things to me and my sister. It wouldn’t have led him to think certain things or act a certain way. Ever since these things came out 4 and a half months ago, I’ve seen the consequences of his actions start to unfold. The minute my mom discovered what he had been doing all these years, she kicked him out of the house. They’re now separated, Dylan lost his job, lost his church calling and lost the right to see his children. He has to go to court and be tried, which will likely result in him serving time in prison. He will now be registered as a sex offender and continue to have that on his record throughout his life. He absolutely threw his life away and lost everything meaningful and everyone close to him. All of this was caused because of a simple addiction that could’ve been resolved many years ago. Him, along with my biological dad, are both proof that long lasting addiction can ruin your life.

It should be our job, as individuals and society to help those with addictions. To provide them support and love when they need it most. It’s important that we continue to spread awareness about the dangers of addiction and help America acknowledge that action needs to be taken, whether within our own homes, our own families, or our communities. We’re all human. We all make mistakes. There’s no shame in having an addiction. However, all that matters is what we choose to do with those addictions and how we choose to handle them.