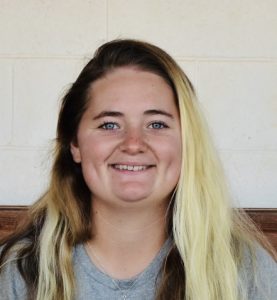 The Cost of Addiction

The cost of addiction

Many families have someone in their family, or know someone who is addicted to or abuses a substance. These substances can range from alcohol, cigarettes, marijuana, and other drugs. This nation is struggling with an addiction crisis because drug use is something that has almost been normalized. There are not only legal consequences to deal with after abusing illegal substances, but there are also physical consequences to abusing these substances. Through support and understanding we can unite to fight the addiction crisis that affects too much of our nation.

I believe many people in this nation are affected by addiction because drugs and alcohol are introduced at such a young age as well as marijuana use becoming normalized. I went to a public high school, and in the hallways I would always hear kids talking about what parties they went to where alcohol and drugs were involved. There were sometimes when some kids would walk through the hallway and you could smell marijuana, and you would know that’s what it was because they would be talking to their friends about it and they thought it made them cool. At my high school each year there would be a small assembly about drugs and alcohol, and they would tell us about how abusing those things is bad. They tell us this while our states are making it legal to use marijuana. And if I learned anything from those assemblies at my school, it is that marijuana is a gateway drug that can lead to the usage of more hardcore drugs like cocaine, heroin, and fentnyl. By alcohol and in particular marijuana being introduced at such a young age it becomes easier and easier to abuse as people get older, which can then result in addiction and the usage of increasingly worse drugs leading into adulthood.

Addiction affects people of all ages including high schoolers, young children, parents, and grandparents. Not all of these people are affected as a direct result of addiction by themselves, but the aftermath of the decisions of others can affect all groups of people greatly. In my own family I have seen addiction firsthand. There is a history in my family of alcoholism and it can be hereditary. My mother struggled with an addiction to prescription drugs and alcohol. Because of this I have seen some of the effects and consequences of addiction and alcoholism first hand. Addiction can break apart families. I know this because I have seen it happen to my family. For a while my mom did not go to a lot of family gatherings and her addiction caused tension between her and some other family members. These issues almost caused my parents to get divorced. My mother also had some physical side effects such as being tired all the time and having random bursts of energy. According to drugabuse.org, effects of worse drugs such as cocaine, heroin and meth can cause side effects such as psychosis, changes in brain structure/function, memory loss, mood disturbances and dental issues. There are also possible legal consequences such as arrest, jail time, and probation that are all possible. These are all consequences the individual facing addiction may have to deal with. The physical consequences would only occur for the addict themselves, while family separation, and legal action taken can affect the family, friends, and even just people within the proximity of the addict and can create much devastation. Society is also negatively affected by the consequences of addiction because it has become a national crisis. People can’t hold jobs because they can’t pass drug tests, or get caught trying to steal drugs when they have a job that has access to drugs. Because these people can’t get a job they have to rely on handouts for the government which causes a downward spiral in the economy. When addicts, or even other people think they can rely on government money, they stop wanting to work which causes businesses, especially small businesses to close and even more people are out of work. Overall, the cost of addiction can make people lose everyone they care about and leave them with nothing.

As a part of this nation we all have an individual responsibility, and also a societal responsibility to help fight the addiction crisis. We must provide support to those who are fighting the battle against addiction. We can support those who are struggling with addiction by being patient with them and just being as good of a friend, mentor, or relative to them as we can possibly be. We also need to understand that addiction is something that is not fixed right away, and a couple of meetings will not just solve the problem. It is very common for a relapse to happen, and we need to help our friends and family through those times. On a societal level we need to teach kids about what can happen as a result of drug use so they have all of the information before they make the decision of what path they want to take for their life. By making sure the facts about drug use and its harmful effects are presented, it can help not only kids, but adults more fully understand why drug use is not okay and how it can damage our society. We also cannot normalize the use and abuse of alcohol and marijuana, especially at the highschool level because it can lead to more serious drugs. We also cannot ignore how big of an issue drug use is in our society, not addressing the problem only makes the problem progressively worse.

Addiction affects men, women, children, parents, grandparents and many more people, some of whom you may know. Our nation is greatly affected by addiction because drugs and alcohol are introduced at such a young age and can lead to the use of increasingly harmful substances. Addiction has many consequences some of which are physical, some are legal, and others affect the relationships with those the addict loves. As individuals in a part of our nations society it is our job to help our friends, family, and people around us through the struggle of addiction. Together we can end the addiction crisis within our society, and make a healthy nation. The cost of addiction is not greater than the love we can show each other through the hard times of addiction.