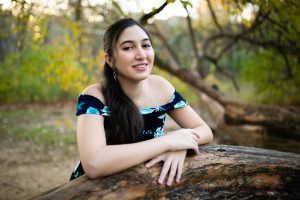 Although you won’t see people rioting in the streets, or burning buildings, or any of the things you would expect from a “crisis” in relation to the drug epidemic, that doesn’t make the threat any less real. Millions of US citizens are in a state of addiction at any given time thanks to our drug epidemic. An individual may not witness any changes in their daily life, until someone they love is suffering from addiction. As a society we can witness negative implications on a large scale including the economy, the workforce, and even an increase in other criminal activity. There is no singular reason for why the United States is going through this epidemic, but rather it is the combination of various factors in today’s society that make the situation a crisis. There are many reasons for why someone could be addicted to drugs given the current state of the US. Difficult access to mental health resources and inflated prices or lack of coverage for treatments like therapy can lead someone onto the path of drug use as an escape from their mental suffering. If more insurances started considering mental health treatments as “medically necessary” that could help immensely. It won’t solve the problem though because that is not the only cause of addiction in this country. Some causes are corrupt or irresponsible doctors who prescribe addictive medications. One solution for this could be regular reviews of doctors by sending evaluations, or generally checking in with the health of prior patients. Another solution is to increase the number of rehabs, and lower rehab prices. Accessibility to rehabilitation once on the road of addiction will have a major impact on a societal level. In addition, many users are sent to prison, rather than rehabilitation. As a result they are released with no tools or knowledge to prevent future use. With the addition of a criminal record, many will have difficulty getting jobs or continuing their regular life, further pushing them towards the path of addiction. All users should be sent to rehabilitation and never jailed, unless they committed another offence besides drug abuse. There aren’t very many ways for individuals to contribute, but some ways include volunteering at rehabs or sending regular donations. In addition, educating those around you about the consequences of drug abuse and giving them access to reliable information about drugs can at least help prepare those around you and even prevent usage around you. These are just a few of the ways that we could help lower the number of addicts, but none of these will be a permanent “end all be all” solution.