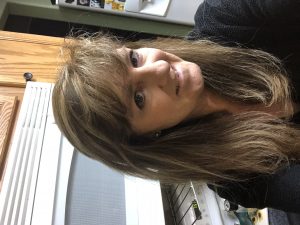 Our nation is facing a crisis, addiction of all kinds are becoming an epidemic. Most families have experienced some impact of addiction in their families, this has become such a huge issue due to the pressures in our current society. We have pressure to perform, pressure to succeed and pressure to adhere to societies norms. Our work schedules have increased by 2-3 hours a day in recent years compared to 30-40 years ago, families are running ragged. We have seen an increase in people eating fast food, meals later in the evenings, families rushed with activities and they are not connecting. I think this opened a doorway for addictions to increase as people try to cope with the pressure, as the pressure increases so do many addictions. The lack of connection within families leads to a lack of support for each other as well, those with addiction tend to feel as if they are alone resulting is an increase in addictions.

I have experience in my own life, my ex-husband was an alcoholic and we experienced some extreme abuse due to his alcoholism, he was using cocaine and by the end of the marriage was diagnosed with a very severe case of bi-polar disorder. He refused medication, and after 8 years of abuse, threatened the lives of myself, our children, and grandchildren and was arrested for domestic violence. He tried to break into the home the day after his initial arrest as he had a gun hidden, his intentions were obvious. My entire family were issued protection orders, and he was placed on a two-year probation and released shortly after a year for “good behavior”. His addictions propelled him to a place where he eventually lost his entire family for good, we have 3 sons (two are grown and one is only fourteen) and 5 grandchildren. He has no contact with any of us, he lost any visitation with our fourteen-year-old after being allowed to do reintegration therapy. The therapist determined that my ex was a danger to my son after several months of therapy. His addictions had changed him into someone I did not know and someone who was a danger to his family.

The consequences of addiction are extreme disfunction in our society. We as a nation are seeing more domestic violence cases, divorces, and children who are being neglected and raised in disfunctional homes. We are seeing a disconnect in families, people do not communicate and find support within their own homes and families. There is a sense of hopelessness and sadness when we really look at the results that have transpired with addictions in America, too many families are broken due to addictions from one or more family members.

As a nation we need to put a higher priority on focusing on this issue. We must provide more programs that can recognize addictions and have the capability of providing treatment. There are many people in low-income situations that do not receive help for addictions. It is not strictly a low-income issue however it would be great if more companies that employed higher income individuals would have periodical seminars and programs to help with implementing information for our society. I think more federal funding would help in treatment facilities as this is a very critical issue in our society. The younger generations would benefit from information earlier in life, high school would be a great place to inform individuals on the effects of addictions. The most common are alcohol and drug abuse however we have many forms of addictions that have developed as our society have evolved. I also believe an overhaul of our entire work system in this country would result in a decrease in issues like addiction, as well as health and social issues we face as Americans. If there were more work regulations decreasing work hours and allowing more time for families to reconnect we would see a decrease in addictions. If we were more informed on ways to avoid addictions and reconnect with our families another decrease would result. I believe the federal health department should implement a program that would give access to every individual a program that would inform but also give access to resources connected to mental health, addictions, social issues. We could all benefit from programs like these. As a nation we have evolved to a place of avoidance unless there is an incentive, therefore I think an incentive such as a discount on health insurance or a reward program if attending or receiving a certificate in a program like this could be very successful. It would require a lot of agencies working together, not sure if we could pull it off but it is an option.