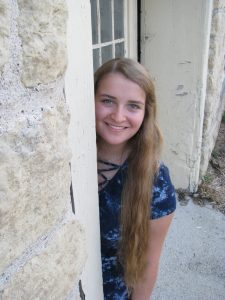 Scary Normalization of Substance Abuse in Society and Schools

Scary Normalization of Substance Abuse in Society and Schools

In fifth grade, all of the schools in my Milwaukee area were visited by the D.A.R.E. program who came along with some police officers too. I remember thinking how scary drugs were, and how only delinquent older students or my weird neighbors used drugs, and certainly never anyone I knew. My perspective back then is laughable now, the childlike innocence was admirable, but the reality is the nation suffers from a serious problem. The nation’s problem of drug addiction needs to be remedied and has affected my friends, family, and myself more than I ever could have imagined in fifth grade. The normalization of drugs portrayed in the media has seemed to be accepted by society and has impacted high schools in particular, and needs to be put to an end before the crisis worsens beyond a point of return.

The drug problem seems to be everywhere, and it’s effects on the users, people around them, and community, are only worsening with modern technology and the pandemic. The individual user suffers from pain, guilt, regret, and a sense of hopelessness because they have no yet broken from the cycle of drug use. I have seen it in my birth mother. For decades of her life since high school, she struggled with opioids, weed, alcohol, and a variation of other substances. She had four children, three of which followed her path of substance abuse, and a fifth one put on a completely different path. That fifth child was me, who she placed up for adoption after realizing that her lifestyle would only cause me the same harm as her other children. While I see this as an admirable sacrifice, it is tragic that her habit got to the point of affecting her life in such as severe way, that in turn, it affected my entire existence. There are probably hundreds of thousands of people who suffer situations like this, and I even knew in high school or college that knew dozens of victims of substance abuse, or were one themselves. The nation seems to glamorize it in the media or show it in stereotypical examples, not showcasing how serious and widespread it is. Just thinking of schools and students across the nation alone, it is an epidemic, and society’s normalization of drug use is partially to blame.

Attending high school at a Christian private institution, I experienced the culture shock of drugs being normal everywhere. I remember my little Christian grade school no one did drugs or drank, we all felt like children, and drugs seemed so otherworldly. Entering high school was a complete turn-around, the D.A.R.E. shirts were worn in a mocking way, dealers were everyone from the stereotypical burnouts to the administration’s own children. I will never forget my high school president saying that my class was so dangerously and overwhelmingly using drugs that “it would take a death of a classmate for them to change their ways” because the issue was so huge. This was the experience at one private high school in Milwaukee, with about 20 dealers in one grade, it is hard to imagine public schools, or even just five other high schools in the area, and how big their reach in the community truly must have been. With drugs being normalized, schools and hundreds of students are also desensitized to the dangers, not realizing how real they are.

Looking at how society normalizing drugs can cause ripple consequences felt in high school students that carry on their habits to college and the rest of their life, the problem seems unmanageable, but it needs to be remedied before students and others in the community face obstacles or even more death that was completely preventable. Preventing the issue on an individual level can be as simple as providing more guidance and counseling services, but also making sure that family members and others in their life are supportive, and not making the situation even harder. Many drug users end up homeless, so locating transitional and supportive housing measures is also a way to assist individuals so they are not left hopelessly stuck on the streets in another endless cycle. The cycle is a cycle for a reason, however; as societal changes are far harder to make. In a school setting, principals are only aware of so much that is happening, and students are really the ones in control of the amount of drug use. One dealer quitting due to realizing the seriousness of the consequences can cause a positive ripple effect and may lead to more students also quitting. The media can help by starting to share the seriousness of what can happen, reporting overdoses more frequently, showing stories of what can go wrong, or heightened legal ramifications, all can lessen the desensitized view of drug use.

My major is human social services, and my goal is to help those in my community that suffer as my birth mother did. Her suffering impacted her children and me and will impact my friends and those around me who hear about why I feel the way I do about substance abuse becoming rampant across the nation. I want to be able to give them support, guidance, and listen to them all while learning more about what the community needs. Individually there is a lot of work to be done, and on a societal level, there is even more, but it starts with people who see the issue, and want to make a difference. The difference may not even be seen in my lifetime, but I know that there is the possibility of others seeing an alternative option to their actions, and taking the cleaner path instead of what society may expect.

Society as a whole needs to understand the seriousness, my birth mother was lucky enough to have me as a wake-up call. She sobered up, found God, had another child, and shares her experience on drugs with a lot of people so that they understand how bad it can really be, and how many people it can truly affect. Drugs will forever be a part of society, particularly in schools, where the demand is so high, and programs like D.A.R.E. become useless reminders. However, there are ways that individuals can be helped by others, even small ways can make a big difference in one person’s life. One person impacted can lead to others potentially realizing the dangers and understanding how toxic society can be, and hopefully, little by little, the crisis will become just another issue, instead of a nationwide epidemic.