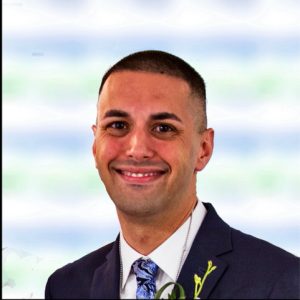 One in Four Percent

The Only One in Four Percent

I grew up in a bubble. Not the type of bubble that kids play with in the summer, giggling while their parents watch them in amusement. Nor a plastic bubble to play with at the beach or in the pool. I grew up in a town that was seemingly in a protective bubble, like its own miniature ozone that protected those who live there from all the harmful things that you heard about or saw on TV. In my hometown of Columbia, Maryland, we heard of the dangers and hate of the world, but they never happened there. Every child had the same path in front of them: childhood, high school, college, career, and family. All kids were smart, good-looking, social, outgoing, and good at sports. But if I was a Columbia kid, what was wrong with me? [emphasis added]. That feeling is one of my first memories in life. That question and others like it would lay the path for my life; to begin again and pursue a career in social work. I saw that the nation is dealing with an addiction crisis in front of our eyes. The crisis is causing consequences to individuals and society, requiring a need for both public and private organizations to think outside of the box to remedy the crisis on both individual and societal levels.

Life provided me with everything a child could ask for: loving parents, an older sister, and a family dog. But I always felt different. My life started feeling even less ordinary when I was sixteen years old. I had questioned my sexual orientation for years now, but this was the year I accepted being a gay man and thought I had found my first love. Then, he moved away. I felt a different kind of hurt for the first time, leaving me confused and depressed. The same year, I discovered alcohol and marijuana. Everything started looking brighter; I was one of the most popular kids at school. I lost all my inhibitions; this was the real Neal. The Neal I was meant to be the entire time I have been living.

I attended college in Washington, DC. The gay club and bar scene sucked me into oblivion, and I lost myself in it. My life was clubs and drugs; my education became an afterthought. My first boyfriend broke my heart. Life lost its meaning, and I lost the will to live. I got so lost in pain, a cocktail of various drugs, and a bit of psychosis that before I knew it, I found myself in a psych ward in Maryland. I was diagnosed with major depressive disorder (recurring), OCD, ADHD, and a general anxiety disorder. All of these diagnoses explained a lot about my childhood.

Going home to Maryland, thirty minutes away, was no barrier to keep me from DC and my friends. I stopped going out to clubs, but my drug use became more regular. I became a “functioning addict.” My school had provided a medical leave of absence for a year, but I decided to find a job with a nonprofit to give back to the community. With this job, I found my first steps to my social work education – a taste of working in a helping profession.

The next fifteen years of my life were unremarkable, maintained, consistent addiction. I met someone, causing me to leave a ten-year relationship with an older man that made our drugs, thinking he was terrific and getting me out of a bad situation. I did not realize I went from one bad situation into another, even though I was hit for the first time three weeks later. Drugs were no longer an option, so I started drinking alcohol. Four years, a wedding, endless bottles of vodka, a move to Florida, and four married years later, no progress in my life as a person occurred until 2018.

My sobriety date is June 21, 2018. My life had gotten to the point of absolute destruction. After detox, I spent thirty days in a residential treatment center that introduced me to Fort Lauderdale’s sober community and Alcoholics Anonymous. A clinician at my treatment center told me that only four percent of patients in treatment centers make it. I am the only person that stayed sober from my treatment center. I built a new life for myself from the ground up, finding a place to live with one of my sober friends. I started this sober life as someone with no voice, to a person who knew who I was, what I deserved, what I had been through, and the resilience to use it to benefit others experiencing hardships. Now, in my almost three years of sobriety, AA has provided numerous opportunities for me to be of service to many, sober and not sober, discussing the topic of drinking and many others.

When I was newly sober, my sponsor always told me to help more people. He gave me specific opportunities, but my work schedule often conflicted with them. I wanted to make my hours spent at work; hours spent helping others. Like it was whispered in my ear, it came to me. I realized the path I was about to take – I would seek my bachelor’s degree, study social work, and then continue to graduate school to get my Master of Social Work.

The addiction crisis is everywhere, and society cannot fully answer why it is so rampant within our communities. Studies are still in progress, and a reason for addiction and individuals prone to substance abuse are still inconclusive. However, what makes it worse is how accessible substances can be. Alcohol, for instance, is legal; illegal drugs are everywhere if you look for them. Movies and TV make alcohol and drug use look like it’s high-class and socially acceptable.

Additionally, the number of addicted individuals who are dual-diagnosis patients, meaning they have both addiction and mental illness, dwarfs the number of individuals with just an addiction. The stigma behind mental illness makes a considerable contribution to why people do not receive treatment for mental health issues. Many who need help with their mental health do not see themselves as needing help, refuse to accept that they need help, or will not seek help even if they do, which explains why many seek substances to “self-medicate” their mental illness. The COVID-19 pandemic made it harder to seek help for addiction, with all free resources, such as twelve-step meetings, harder to attend because many are not meeting in person.

The consequences for the individual can be defined in one word – loss. Addicts can lose their identity, sense of reality, friends and family, jobs, and homes; they can lose everything. The consequences on our society are extensive. Throughout our communities, there is an increase in stigma on addiction. Stigma makes it harder for communities to want to help people with addiction because people see it as a choice or something that can happen to anyone. They see addicts as people who are lesser than themselves, who are undeserving of their help. Without public support, it leaves a massive responsibility on our local and federal governments. Nonprofit organizations also assist, often funded by the governments, to form programs to prevent substance use, help those with addiction, and enforce laws that involve illegal substances or regulations that are broken by those under the influence of drugs or alcohol.

There is no one way to remedy the crisis, but there are several ways that can help. Society needs to remedy the stigma against both addiction and mental health. People need to be made aware that addiction itself, according to the “Diagnostic and Statistical Manual of Mental Disorders, fifth edition (DSM V)” is a mental disorder called “Substance use disorder (SUD).” Another way to remedy the crisis is to give help to those who need it. I had the pleasure of working with the City of Fort Lauderdale’s Community Court during my field internship, which helps with substance abuse in place of criminal offenses for those that have problems with substance abuse. Another way that I think will help the addiction crisis is for people who have faced substance abuse issues by speaking out and show the public that we do not look like the drunk guy in the movies. Once people understand that addiction is an illness and not a judgment call, more people will be willing for public money to go towards helping people with addiction.

When I got sober, I was waiting for the regret to begin. Instead, I thought of my seventeen years lost in addiction as a blessing. I can better empathize with my clients because of all the hurdles I have been through. Even if I have not been through the same situation, I have felt that same pain before. And if I can understand their emotion, that can guide me to counsel them to get to a better place and adapt to the world around them. If everything led me to this point and I can be more successful at my career and help others pre effectively because of what it took me to get here, I think it was all worth it.