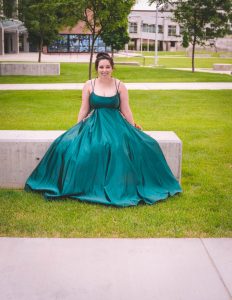 I live in Utah, which means I come from a very conservative family. For a long time I really believed that opioid addiction was such a big problem because of drug cartels among many other things. As I grew older, I started to form my own opinions on why opioid addiction is such a big problem not only in my state but around the country as well. Along with this came a lot of research on the psychology of addiction and how we as a nation try to prevent opioid addiction. Which led me to the conclusion that we as a nation aren’t dealing with the opioid addiction crisis at all. There are a few exceptions, such as Oregon’s recent decision to decriminalize drugs. Oregon decriminalized drugs on February 1st of 2021. As seen in Drug Policy.Org “Today, Oregon became the first state in the United States to decriminalize possession of small amounts of all drugs and greatly increase access to treatment, recovery, harm reduction and other services.” The rest of the nation has its focus solely on stopping drugs from entering the country and stopping the distribution of drugs. Which doesn’t deal directly with opioid addiction, where-in most opioids come from inside the US. It also fails to address the human side of the crisis, the mental health side of the crisis where addiction really starts.

Opioid addiction has vast consequences, not only for the individual but as well as for society. Opioid addiction in the US in 2019 alone caused 49,860 deaths. Life isn’t the only thing an opioid addiction can cost an individual. Opioid addictions can cause financial losses, family losses, and a large decrease in overall health. On a societal level, opioid addictions cause enormous economic loss. According to the National Institute on Drug Abuse, “The Centers for Disease Control and Prevention estimates that the total “economic burden” of prescription opioid misuse alone in the United States is $78.5 billion a year, including the costs of healthcare, lost productivity, addiction treatment, and criminal justice involvement” Another societal impact opioid addiction has, is the recent increase of the use of opioids while pregnant, this causes neonatal abstinence syndrome or NAS. This issue in particular not only affects the baby once born but all the people involved in the birth, such as health care workers and close family. According to Madeline Holcombe, in the CNN article title Hospital costs for treating newborns in opioid withdrawal jumped to $572.7 million, “Newborns with NAS have hospitalized an average of 15.9 days, costing an average $22,550 per infant in 2016.” It also impacts society by causing trauma for all those who have been affected by an addiction or who have known someone with an addiction. It causes them mental distress, which when untreated, can lead to mental disorders and the cycle continues. Think of it like this, the individual with the addiction is a rock, they throw themselves into the deep end of the pool. Which in this scenario society is the water. Now not only is the rock sinking to the bottom of the pool, but the water also has ripples all throughout, every inch of it affected.

Mental health has an enormous part in addiction. According to the National Institute on Drug Abuse, “Many individuals who develop substance use disorders (SUD) are also diagnosed with mental disorders and vice versa. Multiple national population surveys have found that about half of those who experience a mental illness during their lives will also experience a substance use disorder and vice versa.2,3 Although there are fewer studies on comorbidity among youth, research suggests that adolescents with substance use disorders also have high rates of co-occurring mental illness; over 60 percent of adolescents in community-based substance use disorder treatment programs also meet diagnostic criteria for another mental illness.4” Which is why on the individual level, the best thing we can do to prevent opioid addiction is look for deteriorating mental health signs. Try to see if someone is exhibiting signs of depression, high stress, or unusual behavior, and if they are, try to help them through these things before they get worse and the individual turns to other solutions for their problems. By doing so, you address mental health issues before they start to flourish. On a societal level, I think education is a big part of the solution to ending the addiction crisis. You have to educate people, not just about opioids and what they can do, but also about what to do when struggling emotionally and mentally. Healthy coping mechanisms for depression and other mental disorders need to be taught in school and the stigma that comes with having a mental disorder needs to be stopped. As a society we need to start to accept that struggling is okay, and so is asking for help. By recognizing the struggles and needs of those with mental disorders we also end the opioid addiction crisis.