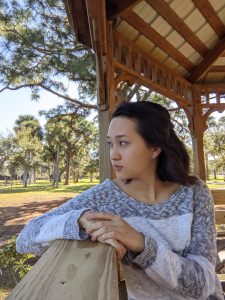 When most people think of addiction, the most typical answers are usually anything from sex, drugs, and rock and roll. Cigarettes are the first thing that pop into my mind, but I would reason that most people are aware of the effect of nicotine in the brain. However, nicotine is not the sole source of addiction. So, where does addiction come from? Addiction arises when individuals experience the release of dopamine and other chemicals in the human brain, which trains them to return to whatever caused that release in order to experience the same feelings again. Addiction is a learned behavior influenced by our biological chemicals. It’s the thing humans return to when they want to “feel good”. However, most people can be unaware of all the subtle forms of addiction – the forms that are beyond sex, drugs, and rock and roll. One of the most dangerous and subtle forms of addiction is social media and internet use.

I can’t pinpoint one specific instance where social media can be an addiction because my everyday life is filled with observations of the effect that social media has on myself and on others. I’ll open my phone with the intention of texting someone, checking my email, looking at my calendar, or even just checking the time. The next thing I know, I’ve scrolled through my entire Instagram feed, checked all updates on Facebook, browsed through TikTok, and spent two hours watching videos of cats. By the time I turn my attention away from my phone, I still won’t know what time it is, or accomplished whatever task I had in mind beforehand. What makes social media so addicting is how distracting it is. It allows you to turn off your brain, stop thinking for yourself, and just become entertained. Because social media is so distracting, it is easy to forget how it can steal your time and attention, gradually forming into an addiction.

Once social media is an addiction, it becomes a source in your life where your first instinct is to turn to it and trust it. And not everything on social media is trustworthy. Recently, I ended up in a random conversation with a stranger on the beach. She seemed to be around my age, so I thought the question would be relevant to other young people. I remember asking her what her religion and beliefs were, and she told me something interesting and non-traditional about the universe with an “everything goes” attitude. When I asked her where she came up with that idea, she told me it was actually from TikTok. Most people get their religion and beliefs from ancient sources, but hers came from social media. Whether she is correct or not, this shows the power that social media has on a part of an individual’s identity.

How do we as individuals or as a whole stop allowing ourselves to be so easily distracted and manipulated? First, people need to become aware of the problem. We need to educate people, especially younger people, about the influence of screen time and how that affects the way we think. Some ways this can be accomplished is by teaching it in schools, setting reminders on our phones to spend time away, and consciously making an effort to continually remind others to spend time away from social media. Once that is done, we need to promote other forms of constructive behavior to entertain ourselves such as trying a new hobby, spending time face-to-face with family and friends, working, or learning a new skill. Often, social media is simply an outlet we turn to when we are bored, so the solution is to replace our interests with something constructive and productive. Although social media can be a useful tool to stay connected or promote positive influences, it can also be destructive for one’s mental health, a waste of one’s time, and a source of negative influences. Social media can still be used, but it should be regulated. Left unchecked, social media can become a subtle, destructive addiction.