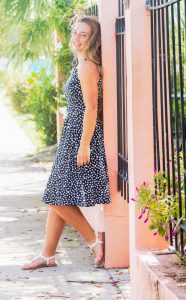 The word addiction can have a lot of meanings for different people. Addiction to narcotics, alcohol and even food. It can mean thinking of whatever drives the addiction of someone the moment they wake up or when anything negative happens in life and they have to get their literal or figurative drug to feel okay. I truly believe the vast majority of Americans deal with addiction every day, it is just varying levels of what that addiction is and to what they are addicted to.

Some can be life-threatening and destroy families, such as alcohol or narcotics. Others might be so much of a typical daily norm that it is not even viewed as potentially draining or something to be wary of its significance. I know friends that watch tv the second they get home until they fall asleep at night. Even going an afternoon without the sounds from the tv being on in the background was unheard of and ridiculous to even suggest. My father buys a soda from the gas station at least once a day even though he has cans of soda in the fridge at home. Personally, I fight the so-called “need” to spend hours scrolling posts on Instagram any time I feel bored. Sitting at red lights, brushing my teeth at night or even while I am watching a movie on the television. But the main factor in all of this, most people are aware of how much time, energy or money they put into something, but the urge to want to cut back or truly label how important it has become to one’s life is not present.

I believe that as a nation America is struggling with addiction, specifically nicotine, narcotics and alcohol, because there is such an environment of the need for constant pleasure and no consequences. The moment something goes wrong people want to be able to escape from it. To run away and not have to face the real problem. For most people, there are situations that you cannot just stand up and walk away from. Loved ones needing help, bills to be paid. But the want to relax and be free is completely human and ever present. Unfortunately, America has developed a mindset of “quick fixes” to achieve this. Everything caters to Americans as being fast, convenient or pain free. There is so much access to items, whether illegal or to minors, the ability to get one’s hands on substances is ridiculously easy in America. There is also the slow change in viewpoints on such things. Marijuana on college campuses, although illegal, has become a normal smell in hallways. Underage drinking at high school parties, where no one is 21, is normalized so much that a party without alcohol would be considered boring. Americans are raised with a constant want for more, it is no wonder that addiction is rampant through the nation.

The consequences of addiction for individuals and society is a less truthful version of reality. People no longer want to address their real problems as long as they can stay connected to their addiction and nights that let them forget what reality is. The constant need to run away when one cannot truly escape. Individuals are torn from true character and growth of being able to take a stand for what is healthy and beneficial for life. Individuals are not strengthened by these addictions; they are being drained. Society has built a craving for individuals to feel whole as quickly as possible, even if it does not last. I do not remember exactly when vape pens became popular but the immediate impact of teenagers and young adults having them is déjà vu of past decades with young generations always having cigarettes. Addiction has always been around; we just find new things to be addicted to.

Remedy for change begins with a want for change. From personal testimonies I have had the privilege of hearing, those that struggle with addiction speak on how it was the people that cared and were there for them that helped them battle and overcome their struggle. The only way there can be change is if individuals who are brave enough, loving enough and willing to dedicate the time and work it takes to make a difference begin to make a movement in America. Addiction is not left with no one to stand against it though. There are already drug courts and rehabilitation centers full of people who are waiting with open arms to stand with and support those struggling. Addicts cannot heal overnight. Everything starts inside oneself; the desire for something greater than a false narrative of life. Fulfillment of life with beauty and free from addiction of the mind or body. Those that want to see change have begun and continue the fight every day. It is up to each individual person to decide whether they find it important enough to support and help with. Who knows, maybe they will be the next addict that needs someone to care.