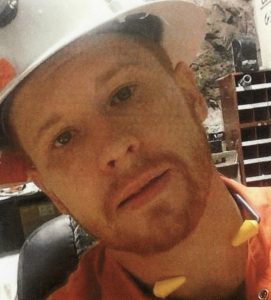 Drug Addiction in My America

Lives will be forever damaged by the crisis that is drug addiction in American society, and I am by the grace of God still alive to speak for the souls that have been lost. The life I knew was forever changed last year, when I lost my best friend and fiancée to drug addiction. His life had been marred by a vicious cycle of family addiction along with his own personal addiction. This essay is dedicated to the life and memory of Bry, which I will carry own for the rest of my life through change and progress.

America is suffering from a debilitating addiction crisis that is affecting people from all walks of life. Addiction does not discriminate, because it will destroy anyone and everyone willing to take the leap into its downward spiral. Bry once told me that the first time he tried heroin he was addicted, it was like drifting off into an open ocean of happiness. The issue with this is he was broken and depressed from all the trauma associated with his childhood. The solution to his depression was illegal drugs, instead of seeking medical attention. Furthermore, we tried several doctors, psychologists, and treatment centers which only acted as a band-aid to the internal psychological damage from years of childhood domestic abuse. Along with the fact, that under medical rules I was unable to attend appointments or be a power of attorney for medical treatment. This allows addicts to take control of medical decisions while in an altered mental state. I would like to see new laws put in place for addiction patients that allow family members to have a chance to intervene. Oftentimes, I want to believe better intervention would have saved Bry from the suffering that is addiction.

Consequences are a major part of drug addiction, which can be debilitating for the individual and society. The consequence I face on a daily basis is my best friend of twenty years is no longer in this realm of existence and is now a resident of Heaven. Death is the worst-case scenario; however, survivor trauma is the consequence I face every day. After Bry’s death I was diagnosed with PTSD, which I have been recovering from over the last year. Along with the fact, that I am one year sober, which is the one positive change from all this damage associated with addiction. Sociological consequences include lost revenue to local governments due to strains on law enforcement and chronic criminal activity associated with drug use. Other social factors include damage to families due to the need for foster care for minor children of incarcerated parents. Foster care is a situation Bry faced many times in his life due to the cycle of alcohol abuse in his father’s life. These are just a few examples the consequences of addiction that have affected my families directly and indirectly.

Solutions to addiction on the individual and sociological level are necessary to rebuild our communities and families. On an individual level family and friends need to rally together to support individuals in recovery, because a stigma is associated with being a recovering addict. I have often faced ridicule after I have told my story of recovery, and often feel the need to hide my story of HOPE. I encourage everyone in all stages of addiction to please talk with someone you are close to and seek recovery. With that being said, I am proud to say that I am now sober and will continue my life like a phoenix rising from the ashes. Communities near me have classes and programs, such as a program for first time offenders called Drug Court. This has helped many friends and family find recovery, however I witnessed Bry fall though the cracks of society. As I sat in the courthouse waiting for Bry’s court date, I had hope that he would be able to take advantage of this drug court. However, this was not an option as Bry had one previous drug charge two years prior. I hope to see rehabilitation in the criminal justice system, instead of a revolving door of chronic addicts. The future of criminal addiction needs to consist of rehabilitation clinics inside the local detention facilities.

An overhaul of American society is required to solve the addiction crisis in America.